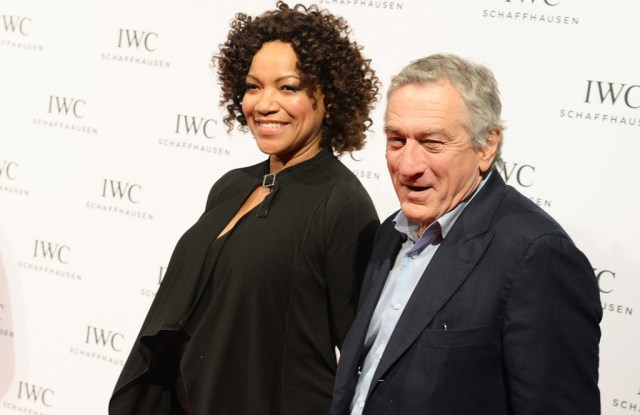 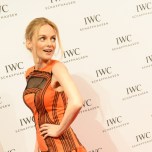 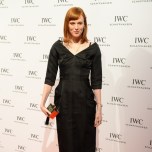 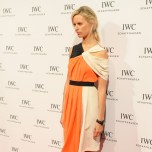 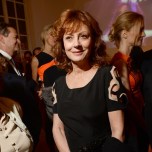 On the second night of the Tribeca Film Festival, a dinner was held at Donna Karan’s Urban Zen Foundation in the West Village. Whoopi Goldberg, “The View” cohost, was first to walk in the door, clad in a cape-style jacket. “I am always punctual. I don’t like being late,” she tsk-tsked. “If I can be early in, I can be early out.” Goldberg was more than making an appearance. She is a film-festival juror this year, and the dinner on Thursday night, in partnership with the luxury watch company IWC Schaffhausen, was to bestow a $25,000 cash award — and watch, naturally — to a promising young filmmaker.

Amid the string of promotional events and parties that take place one right after the other, sometimes even simultaneously, during this festival, the dinner was a chance to pay tribute to a good cause and witness the next generation of film talent. The theme of the night was “For the Love of Cinema.” Goldberg was joined by other movie fans, like New York Knick (at least for the time being) Carmelo Anthony, who dwarfed her in their pictures together, and Susan Sarandon, Armie Hammer, Karolina Kurkova, Anja Rubik, Elettra Rossellini Wiedemann, Anton Yelchin, Patrick Stewart, Heather Graham, James Marsden, Dev Patel and Olivia Palermo. “I think music, cinema, fashion, they’re creative arts. You just get lost in the moment and when something feels authentic and real in beautiful film, it moves you,” Karen Elson said.

Before dinner, singer Estelle reflected on being surrounded in a room of legendary actors — in particular Robert De Niro. “I met his wife, so my life is made. I’m pretty much good for the rest of my life,” she said referring to Grace Hightower.

On stage, she tried to cajole the mostly still crowd to shimmy a little — Kurkova gamely swayed her hips and clapped along, albeit at a distance, while Stewart’s wife Sunny Ozell was breaking it down on the dance floor and almost succeeded in getting the actor to join in.

As soon as the four-song set was finished, true to her “early in, early out” philosophy, Goldberg gave the singer a hug and swooped down the stairs, cape flying out behind her.