On the black carpet, Rowling dubbed Donald Trump "He Who Must Not Be Named." 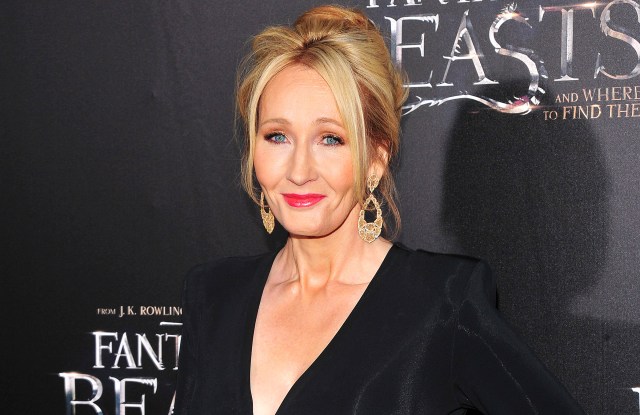 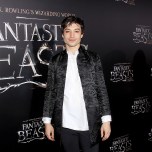 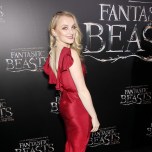 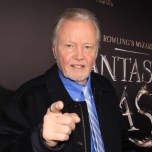 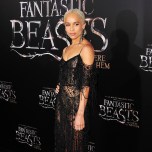 “Harry Potter” fans pushed up against the barricades at Alice Tully Hall in Manhattan on Thursday night. Donning yellow and maroon scarves and long black coats, they hoped to catch glimpses of some of the stars of “Fantastic Beasts and Where to Find Them” walking the black carpet. The film is based on J.K. Rowling’s book of the same name — the prequel to the “Harry Potter” series that takes place in New York in the Twenties. The film adaptation marks Rowling’s first screenwriting venture.

To an outsider looking in, it might seem as though the “Harry Potter” fanbase is an overwhelmingly fervent group. On the contrary, they’re quite welcoming.

“Let me tell you something: I came out here and everybody was lined up there and they were so chill, man,” Dan Fogler, who plays Jacob Kowalski, said of the fans. “Granted, it’s a lovely night and it’s not raining. I don’t know how long they’ve been out there, but they were lovely. They say stuff like, ‘Welcome to the family.’ Man, it’s just really nice. Just ask me again when I’m, like, running down the streets with, like, a ripped pant leg or something.”

Fogler revealed that the audition process for “Fantastic Beasts” had kept him guessing. “I auditioned in New York and I thought I did a really good job and then I didn’t hear from them,” he said. Director David Yates eventually requested to see Fogler, who “made [Yates] cry” during his audition.

“I was like, ‘Damn that was good,'” Fogler continued. “And then I didn’t hear from them at all! And then they auditioned everybody in the world! And then they came back and said, ‘OK, we want to do a screen test.’ And then I met Eddie [Redmayne], this amazing guy here, and Alison [Sudol] and I felt really good about that. And then after that, they were like, ‘Listen, if we call you again, it’s gonna be for another 12,000 screen tests.’ So I was like, ‘OK.’ They called me and they were just like, ‘You got the part.’ I was beside myself. I felt like time stopped or something. I had a time-turner happen on me.”

J.K. Rowling walked the carpet in a stunning black gown. The author has been vocal on Twitter about the results of this week’s presidential election. When a neighboring news station asked her about Donald Trump at Thursday night’s premiere, she dubbed the president-elect “He Who Must Not Be Named.” But at the premiere, He Who Must Be Named was Newt Scamander, played by Redmayne.

“With Newt, when I wrote the little book for comic relief, Newt just launched in my head and I just knew more about Newt than I needed to know,” Rowling said. “And that’s always a good sign because that was organic, that just happened. I always knew that Warner Brothers had the rights to that book, so there was a possibility they’d want to do something with it one day. Never really thought about that until they said, ‘Right, the moment’s come. We’d like to make a movie.’ So then I semipanicked and I thought, ‘Well, it’s really important that I tell them what I know about Newt, then.’ So I basically sat down to write what I knew about Newt, and that led us here because I ended up writing the screenplay.”

It seems as though the best kind of magic requires no spell at all.