On Monday, the designer celebrated the opening as well as a collaboration with artist Enoc Perez. 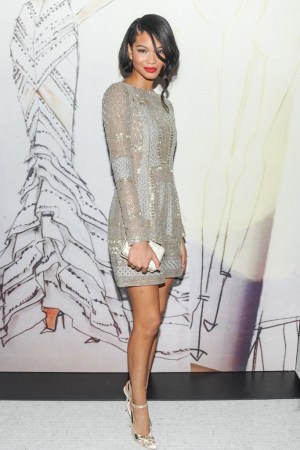 On Monday, Gilles Mendel feted the opening of his new Madison Avenue boutique in New York, as well as a collaboration with artist Enoc Perez resulting in a limited-edition book filled with Perez-lensed photographs capturing the designer’s process — “his vision through collage of my atelier and the work I do,” Mendel explained.

Mendel’s loyal gaggle of friends and clients — including Jessica Seinfeld, Lauren Santo Domingo, Lisa Airan, Chanel Iman, Constance Jablonski, Alek Wek and Genevieve Jones — came out for the occasion. A svelte Ivanka Trump arrived on the early side to tour the two-story space.