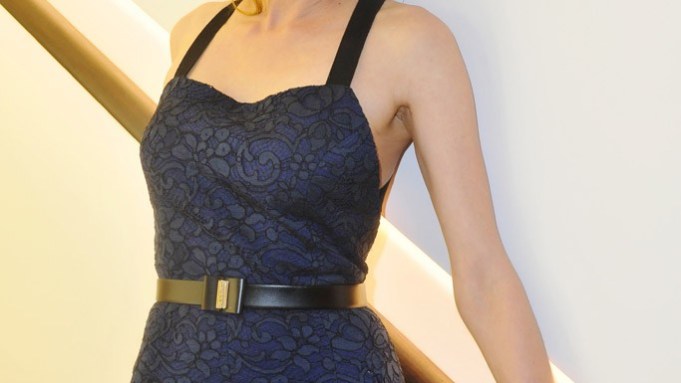 TIME TRAVEL: A modern-day version of the Three Graces alighted on Place Vendôme last week to celebrate the official opening of Jaeger-LeCoultre’s revamped and expanded store on the landmark Paris square. Flashbulbs popped as Catherine Deneuve, Isabelle Huppert and Diane Kruger convened around the first-floor balcony of the store, located inside the 17th-century Hôtel de Villemaré, which was built by Louis XIV’s architect Jules Hardouin-Mansart.

Kruger, who is an ambassador for the Swiss luxury watch brand, said she flew in from Los Angeles to help cut the ribbon on the new boutique. She is busy shooting the pilot for the FX drama “The Bridge,” in what will be her U.S. television series debut.

“I play a woman who has a mild version of Asperger’s,” she said, adding that she has been reading a blog by Penelope Trunk to find out more about this form of autism. “The bluntness can be funny, and then it’s also heartbreaking,” she noted.

Marina Hands, meanwhile, will star opposite Guillaume Canet in “Jappeloup,” based on the real-life story of a horse that beats the odds to win a gold medal for show jumping at the 1988 Seoul Olympics. The pair didn’t have to do much research. “Actually, Guillaume and I met as teenagers at the stables where we rode horses — it was a passion for both of us when we were young,” she said.

After being shown around the boutique by Jaeger-LeCoultre chief executive officer Jérôme Lambert, Huppert revealed she is partial to masculine watches. “Opposites are always better,” she said. The same applies to her upcoming film roles, which range from a part in the mob drama “Dead Man Down” to the lead in “La religieuse” (“The Nun” in English). “She is a pretty unusual nun, as you will see. Neither criminals nor saints are as you imagine them,” Huppert mused.

Alexis Mabille scrutinized the Atmos clock designed by Marc Newson, which was displayed in a glass cabinet. The French designer revealed his taste in wristwatches runs from plastic Timex watches to a diamond-encrusted timepiece from Dior, though he has since lost the latter. “Quelle horreur!” he shuddered at the memory.

After the cocktail, a fleet of black cars whisked guests to the neighboring Grand Hotel for an after party, where entertainment ranged from a piano player to acrobats from Canada’s Cirque Eloize and horses from the troupe of stunt trainer Mario Luraschi.