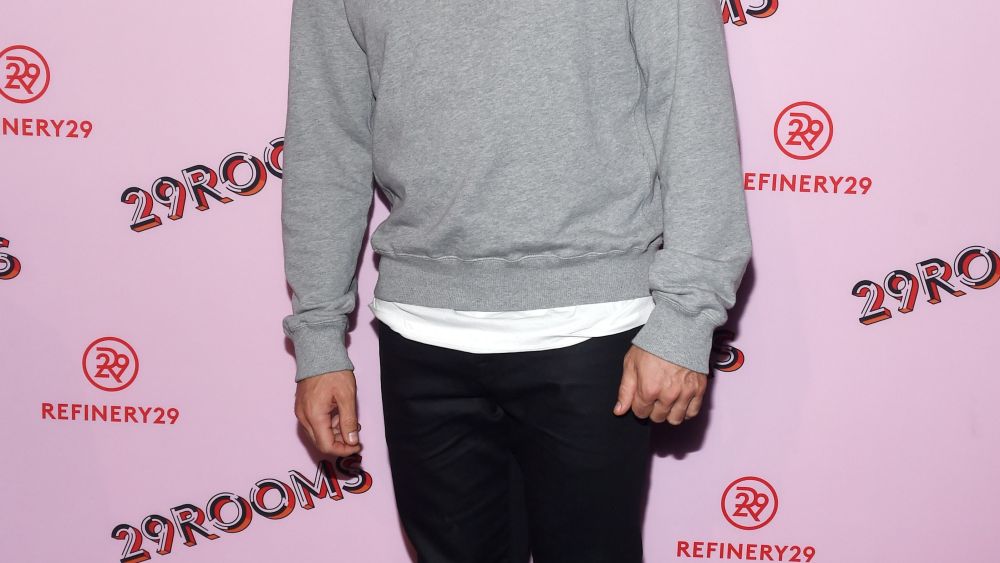 On the first official night of New York Fashion Week, Jake Gyllenhaal had some shredding to do.

The actor headed out from the Calvin Klein runway show and over to Wythe Avenue in Williamsburg for the opening night of Refinery29’s third annual interactive 29Rooms installation. Gyllenhaal, still dressed in his gray Calvin Klein sweatshirt, stopped by “his” room, which was equipped with blank sheets of paper, Sharpies and several manual paper shredders. Piles of the shredded strips cluttered the floor, which guests took turns laying down in, a perfect Instagram photo opp.

Nearby, Emma Roberts’ room had a similar paper theme. “My room is for Belletrist, my book club,” said Roberts. “Joan Didion was my first book pick. Her quote is actually at the center of our room, and it’s ‘We tell ourselves stories in order to live,'” she continued. “You can write your stories on the walls of the room and you can take photos on the typewriter in there. It’s going to be a fun Instagram moment.”

Instagram was the name of the game; each of the 29 branded rooms — Ulta’s mini carousel, Dyson’s blow-dryer-powered glittering windmills, a pile of Casper pillows — were catnip for the social-media-inclined. Which is to say, everyone taking it all in on Thursday night.

A sculpture of white paper lanterns provided a canvas for trays of paint, and was quickly filling up with various hashtags. “I’m painting ‘African Vogue,'” said rapper Young Paris, paintbrush in hand. “I think we’re just supporting the themes that we want to represent. For me, African Vogue is like, it’s a place for Africans in high-end couture. When I look at the world around me, what’s happening tonight, it looks beautiful.”

Does he have a busy fashion week ahead?

Christian Siriano is also quite busy, with his runway show set for Saturday afternoon. “I’m here for 10 minutes, and then I’m going back to the office because we’re not done yet. But it’s OK,” said the peppy designer.

“I have no plans to do anything but try to relax.”