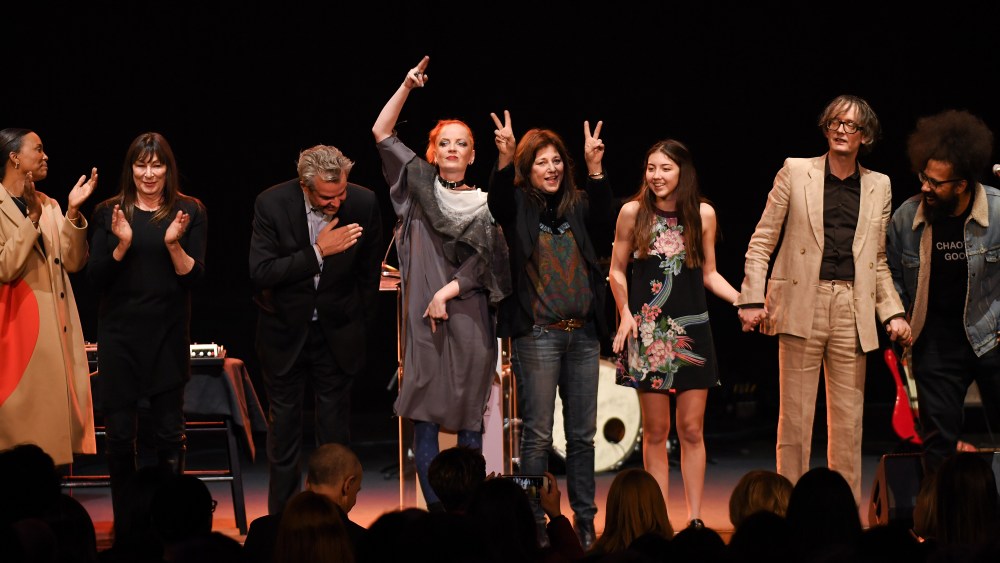 Famous actors performing live on stage is usually a surefire way to sell out a show, and such was the case on Monday night as Jake Gyllenhaal, James Corden, Anjelica Huston, Isla Fisher, Mark Hamill and more took the stage at the historic Theatre at the Ace Hotel in downtown Los Angeles.

It was the first public U.S. performance of Letter Live, the London-based event that features a diverse array of performers reading correspondence ranging from the centuries-old to of-the-moment.

The evening, in partnership with Net-a-porter and Mr Porter, followed other private events that YNAP has done, such as the November Incredible Women gala that featured the likes of Charlize Theron and Brie Larson reading female-themed missives.

This time, many turned out to hear Gyllenhaal read both comedy — a letter from a farmer to the government that went “viral” back in the Thirties — and tragedy — a love letter written by a widower for his late wife.

Corden also brought the laughs, reading a note from a New York copywriter-turned-aspiring screenwriter beseeching a Golden Age studio head for a meeting.

Often the surprise of performers and letters is the draw for Letters Live, and many of the troupe, including Catherine Keener and Anjelica Huston, were first-timers.

“That was fun. Now I just need to wipe the sweat off my face,” said Annabelle Wallis, who also read a couple of funny and heart-breaking selections.

There was also an appearance from Shirley Manson, who didn’t exactly follow form.

“Excuse my grandiosity, but when they asked me to do this, I didn’t realize what Letters Live was, so I wrote an actual letter, for my niece,” she said.

Wallis, along with Isla Fisher, Jarvis Cocker and musical performers Benjamin Booker and Benjamin Clementine and Reggie Watts were among those who went to the rooftop after party at the hotel.

Crocker saved the day for a group that was headed from the second-floor green room to the roof, when the elevator operator was nowhere to be found. “Don’t worry, I can get us there. I’m staying here” he said, brandishing his hotel room key.

Not even the Monday night of what is sure to be a long Oscar Week or the cold rain stopped many guests from reveling. The next public U.S. show is slated for May 18 and 19 at Town Hall in New York.