"Fashion is powerful; it shapes how people see beauty, which is one of the biggest ways that people see themselves in the world," said Trevor Noah. 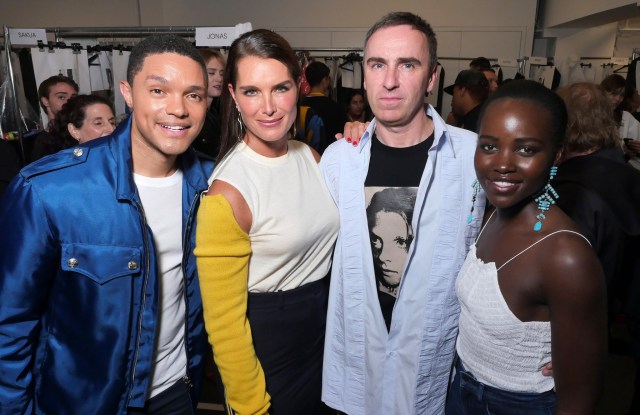 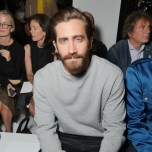 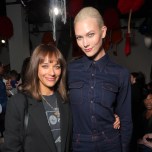 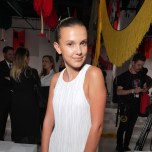 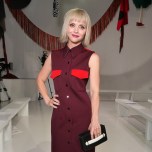 “If you’re going to go to a show, go to the Calvin show,” said Noah, after chatting with Ali. “The Daily Show” host, who spent the evening earlier talking with Zac Posen for a taping of the show, is limiting his fashion week visits to the Calvin Klein show.

“Just this one. I mean, Calvin Klein has been a brand that is ubiquitous all over the world, from South Africa to New York — Calvin Klein is part of fashion,” he said. “It’s an idea, it’s a concept, it has something to it that’s all-American.”

His relationship with fashion has changed in recent years due to his exposure to the industry. “Thanks to the Met, I became a fan of Comme des Garçons. I never knew of the design of the story behind it [before] — there’s so much that you get. And I think tying it back and forth from runway to real life I think is my biggest passion,” he said. “For instance, talking to Zac Posen about how he went and changed his idea about what fashion meant, I think that’s what I most enjoy. Because fashion is powerful; it shapes how people see beauty, which is one of the biggest ways that people see themselves in the world.”

Gyllenhaal and Nyong’o were decidedly less chatty. The “Stronger” actor deflected via a publicist, amidst rumors he is to appear in an upcoming campaign for Calvin Klein. Nyong’o simply wasn’t in the mood to converse.

MacLachlan, a recent front row fixture after attending the men’s Balenciaga show this summer, which he described as “extraordinary,” is also just hitting Calvin.

“I think this is going to be the only one,” he said, seated next to his wife, “Project Runway” executive producer Desiree Gruber. “Well, I wear a lot of his clothing. I think he dresses men really well — and he’s always got an interesting twist,” he added, raising his pant leg to show off his boots.

On the subject of television, he said he is “keeping our fingers crossed for next season for ‘Twin Peaks.’”

Brown arrived with a painted yellow stripe down the middle of her bottom lip, mimicking a lip ring.

“I want to inspire girls to stop piercing their lips, that they can do it in another way,” she said. “I have no piercings. I like rings but other than that I like to stay bare.”

The “Moonlight” cast, who all appeared in a Calvin Klein underwear campaign the day after the film won the Oscar for best picture, came out in support of the  brand.

“We keep in touch,” Trevante Rhodes said of his relationship with the company. His fellow actors, though, are another story: “Man, this is family. It’s amazing,” he said, having been in an embrace with Sanders and Ali moments before.

“I’ve been in and out since the first fashion show — the brand has been good to the ‘Moonlight’ fellas,” Ali said as he walked to his seat.

Sanders, a Calvin Klein campaign face, made the journey to New York just for Simons.

“I’m shooting ‘The Equalizer 2’ right now so I’m actually only here for Calvin’s show — I fly out later tonight. I’m only here for this — I have to be,” the actor said. After he wraps the Denzel Washington-led film, he’ll begin work on a Michael Fassbender project. “It starts shooting in April but I can’t really talk about it. It’s a boxing film though,” he said. “Should be really cool, so look out for that.”