Largely considered the East End’s premier “foodie” going-on of the summer, the event will be Saturday in Sagaponack, N.Y. 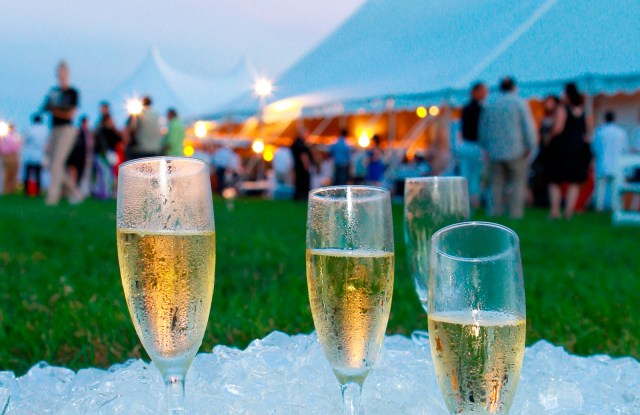 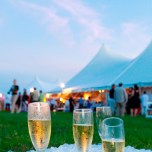 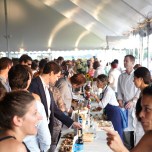 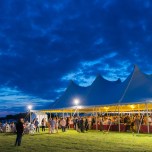 Scott Fitzgerald once said, “Too much of anything is bad, but too much Champagne is just right.” Such is the sentiment of the James Beard Foundation, which will host its 26th annual Chefs & Champagne event at the Wölffer Estate Vineyard in Sagaponack Saturday. Over 40 chefs — most from New York City, but some traveling from as far away as California and Stockholm — will attend, and Barons de Rothschild Champagnes will be served.

“We ask all the chefs to create a tasting that represents their restaurant,” said foundation president Susan Ungaro. “I think what makes the party so special is that it is an opportunity to get up close and personal with the tasting, meet the chef and talk about what is going on at their restaurant.”

Largely considered the East End’s premier “foodie” going-on of the summer, the event raises funds for the foundation’s philanthropic work, including the Christian Wölffer Scholarship for students pursuing food and wine studies. In addition to revealing the scholarship’s 2016 recipient, the evening will honor James Beard Award-winning restaurateur and philanthropist John Besh. Honorees from past years include Carla Hall, Bobby Flay, Thomas Keller and Martha Stewart.

Noteworthy offerings from participating chefs include sour strawberries with blueberry-elderflower granita from the Manhattan Park Hyatt’s Back Room chef Chad Brauze, millefoglie with tahitian vanilla cream from Sant Ambroeus’ Andrea Bucciarelli and a selection of oysters from Grand Banks’ Kerry Heffernan. The event is also to tease their new restaurants that have yet to open — “Food Network Star” finalist Jay Ducote will serve a chilled Cajun corn maque choux that will be offered at his taco spot Gov’t Taco, set to bow in Baton Rouge in 2017.

With so many buzzworthy chefs — not to mention so much Champagne flowing — Ungaro was quick to emphasize that this is an elegant engagement. “It is such a glorious setting to be in the middle of a winery in these beautiful white tents. Many times with a giant tent and so many chefs, well… at the James Beard Foundation we have a pet peeve that there shouldn’t be long lines. So we make sure the flow of the evening is beautiful.”