James Cameron on His Plans for Oscar Night 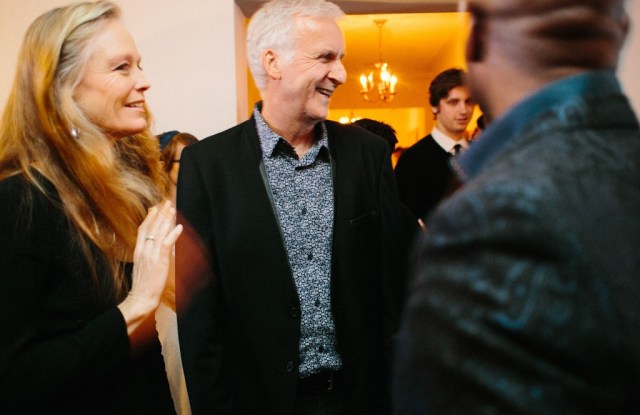 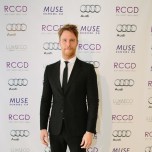 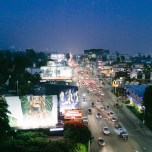 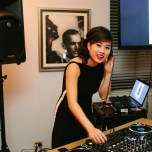 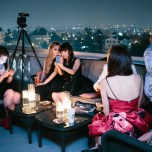 “I see all the preparation that goes into this by Suzy and the team in finding the actress and actor, so it’s nice to have it all come together,” said director James Cameron, who knows a thing or two about planning a Hollywood production. The Oscar winner was just a plus-one on Thursday night, supporting wife Suzy Amis Cameron’s Red Carpet Green Dress organization and its second annual pre-Oscar party at the Chateau Marmont, in Los Angeles.

“When ‘Avatar’ came out, someone had the idea to create a design contest and for me to wear the winning dress to the Oscars,” said Amis Cameron. Soon after, her organization came to life, and it is now in its sixth year. This year, Manon Gabard and Tingting Chen, from the ESMOD-ISEM fashion school in Paris, designed for Golden Globe winner Gina Rodriguez and “American Sniper” actor Jake McDorman.

“It’s like a jigsaw puzzle that’s coming together,” said McDorman of his tuxedo, made of hemp, hemp silk, plant-dyed peace silk and organic cotton. “I think there will be elements of Gina’s [design] that are tied into mine.”

Rodriguez, who became involved through design-contest mentor Jeff Garner, was reportedly working late on the set of “Jane the Virgin,” but those who came out included actor Eric Olsen with wife Sarah Wright, newly engaged couple Maggie Grace and Matthew Cooke, and “The Artist” actress Missi Pyle, who wore a RCGD gown to the Oscars in 2012.

“Wearing the dress was so much fun. We won best picture that year, and I got to go onstage in it,” said Pyle. “Since then, it’s really changed the way I look at fashion.”

During the Oscars, Garner will be “rooting from afar,” since he’ll be showing his line Prophetik at London Fashion Week. As for the Camerons, they’ll be hosting their annual viewing party. “It’s very low-key at our house. We have friends over, and we fill out our [ballots]. It’s a one-dollar pool, and we have about 20 people over, so if you’re good, you can win 20 bucks. It’s big-time,” said Cameron. “Ultimately, the whole thing is kind of silly, because how do you pick one [nominee] over the other when they’re so different? But it’s a game that we play every year, and we all buy into it, right? I think it’s ultimately just a big fashion show.”