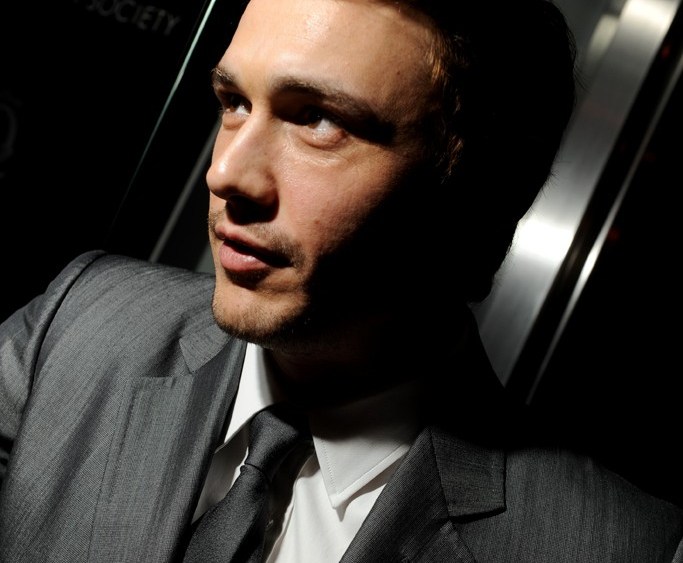 On Tuesday night at the DGA Theater on West 57th Street in Manhattan, James Franco was due to arrive for the middle third of a promotional scheduling magic act to promote Disney’s imminent “Wizard of Oz” prequel, “Oz the Great and Powerful.” First there was a matinee at the Crosby Street Hotel, hosted by HSN, which has a collection pegged to the should-be blockbuster. Then there was the late show at DGA, hosted by The Cinema Society and Gucci. Finally, as organizers at the theater reminded reporters, there was a taping of “The Colbert Report” still to come.

The press line passed its time with other moviegoers. Dick Cavett asked if Judy Garland was in this version. Emmy Rossum wore an “Oz”-ready Oscar de la Renta dress in Technicolor blue. She said she had never tried the trick where you synch up the 1939 original to Pink Floyd’s “Dark Side of the Moon.” Sports Illustrated swimsuit model Alyssa Miller posed in a backless black Balmain jumpsuit as she made her way to grab her 3-D glasses. Hadn’t there been a 3-D swimsuit issue recently? “Yes. I was in it,” she exclaimed.

And then Franco, who plays the titular wizard of the movie, arrived in a flash of cameras and well-coiffed hair. His publicist brought him to a group of reporters. He offered up a few words about respecting such beloved material while coming up with a “fresh” approach.

“So instead of Dorothy, an innocent girl, as an emissary into Oz, you have a con man and a completely different experience in Oz,” he said. “You get to see the familiar place but the audience gets a completely new route through that place.”

His time-sensitive rep quickly shepherded him to a second press cluster. His look suggested that he might prefer to be swallowed up by a Kansas twister or spirited away by flying monkeys. It was all over in a few minutes, or about the same amount of time Franco then spent in conversation with Klaus Biesenbach near the theater’s front door. Then he was off to see Colbert.