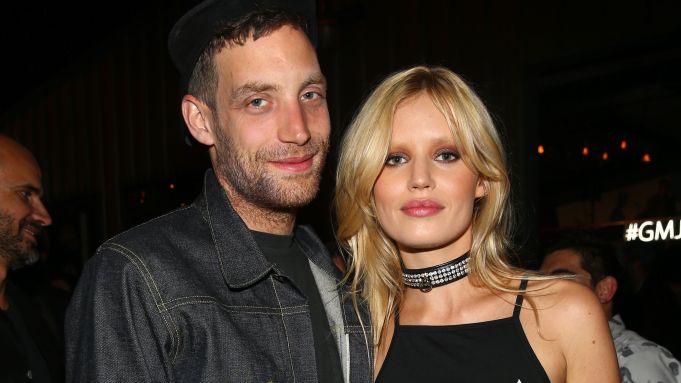 It was a friends-and-family affair, plus a thousand more guests, as Georgia May Jagger toasted her Volcom collection on Wednesday night at a coffee shop and its adjoining parking lot.

The model recently bought a house in Los Angeles, though she still considers herself a London girl. “I do want to learn to surf, though,” she said. “I love the Volcom [surf team] girls, they’re the most fun. I always ask them about everything in the collection and they give me really honest opinions because they have to wear it and compete in it so it has to be functional. So for me, I care most about what they think.”

Meanwhile, guest swarmed the venue, which had a backroom for an earlier dinner with intimates including her older brother James, BFF Alexandra Richards, boyfriend Josh Ludlow and pal Suki Waterhouse. Richards and Ludlow, who is also a drummer, later took turns at the DJ table, followed by a performance by rock duo Deap Vally.

“Volcom actually hired them not knowing that we are really good friends,” said Jagger.

The party also featured a pop-up shop where guests could buy pieces from the summer collection, which included neon green and black Eighties-inspired swimsuits made with fibers from recycled fish nets and athletic-style T-shirts and jackets. There was also a pair of red cigarette pants made from recycled bottles that were a nod to a pair worn by her mother Jerry Hall in the Eighties.

“I felt that even though it was a small collection, everything didn’t neccessarily have to be similar,” she said. “The boho thing is not necessarily my vibe. This collection is more about tomboys who like to dress up.”

For the spring 2018 range, she said there’s lots of denim, patches and a rainbow color palette. “We’ve already shot it and I’ve put a lot of it on Instagram already,” she said.

Jagger was tapped as an ambassador for the surf lifestyle brand last year, after having done ads for Mulberry, Hudson jeans, H&M, Vivienne Westwood, Sunglass Hut and Thierry Mugler and Robert Cavalli fragrances.

Jagger is planning to have a laid back summer with few modeling gigs. “I’m going to Burning Man this year and I’m getting some puppies,” she said. But she wasn’t holding back at her Volcom parties. “In Paris we went until 3 a.m. and people were crowd surfing.”