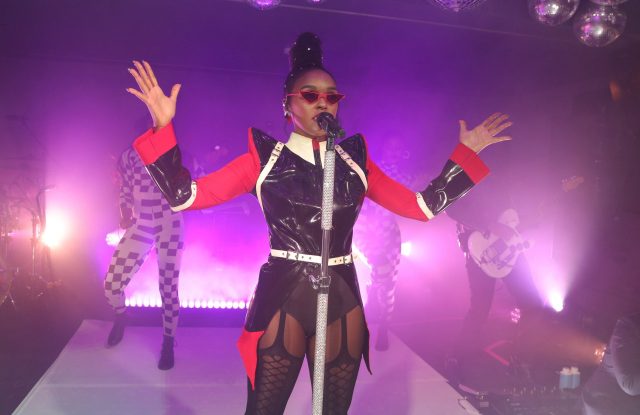 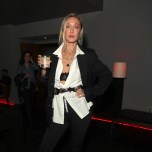 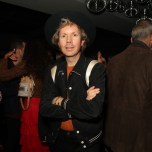 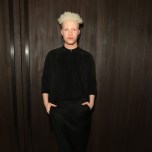 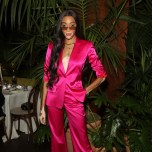 “It’s bright as f–k,” said Paris Hilton in her raspy voice alongside Diplo as the two, and their posse for the night, made their way down in a brightly lit, VIP elevator into the basement of the newly opened West Hollywood Edition in Los Angeles. It was close to 11 p.m., moments before Janelle Monáe was expected to take the stage, as the DJs proceeded to pull out and, naturally, put on sunglasses.

The elevator doors opened as the group made their way down a hall and into the packed space, a dark, club-like room with disco balls covering the ceiling. It has all the makings of being L.A.’s newest hot spot.

It’s a venture created by Studio 54’s Ian Schrager in partnership with Marriott International. After opening the Edition Times Square in March and with plans to open in a number of international locations in cities like Tokyo and Bali, Schrager was in town celebrating the opening of the newest endeavor, on the corner of Sunset Boulevard and North Doheny Drive.

“I love West Hollywood,” he said earlier in the day in a suite of the hotel, which also features an Instagram-friendly rooftop pool with a sprawling view of the city. “I love it, because it has that street life that not a lot of the areas in California have. L.A. is becoming a really great city with a fashion sense, with a very advanced art scene. To me, it’s West Hollywood, Beverly Hills, Santa Monica. I want to see movie stars, or I want to see the ocean.

What he’s taken from nightlife to hospitality, he said, is “the energy and diversity of bringing a bunch of different people together and watching the sparks fly.”

“I want to take her picture,” a photographer interrupted, pointing to Plus.

“It’s been amazing after walking that show,” she said after posing. “I feel like Rih[anna] opened a door for all of these powerful, amazing, unique women who are typically unseen. I’ve been getting a ton of attention. I glow in the dark, OK? I’m a big girl with neon hair. It’s hard to not been seen.”

The artist had recently moved from New York City, she said: “I grew up finding myself in the New York club scene. Having the Edition open up in L.A., I totally feel New York vibes. One of my good friends, Legendary Damon, a huge club promoter, legendary, is doing this event with them, and he brought us all out. Studio 54 is iconic, right? Let’s re-create it baby. 2020 let’s go!”

“I think the myth becomes larger than life,” Schrager said of his iconic club, which he opened in Manhattan in the Seventies with Steve Rubell. “It was a place where you could experience absolute freedom.”

Could Studio 54 ever reappear? He thinks so.

“There’s Burning Man, the clubs in East Berlin, the clubs in Ibiza,” he said. “You just have to find the right avenue, the right platform for it. We don’t change as human beings…I think I could do one again no problem.”

And would he bring it to L.A.?

“I would only do it in the context of a hotel,” he said. “It’s a tough business. You know, you don’t have any product but magic to sell. That’s another thing I took from the nightclub world. I have a bed here, but I don’t rely on that. I rely on the magic.”