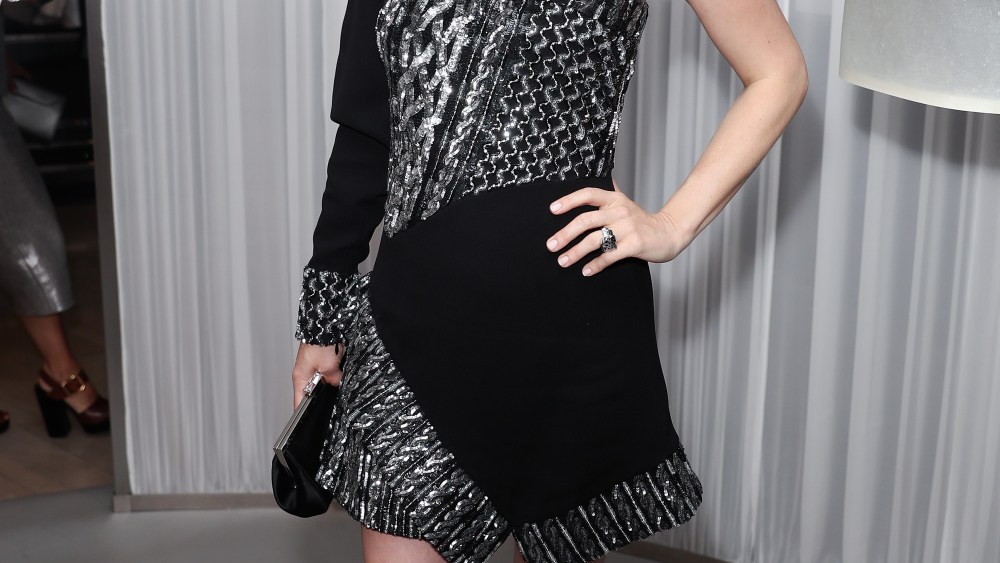 “Did you see the one downstairs in the window?” January Jones asked, taking in Burberry’s “The Cape Reimagined” exhibition at the brand’s Beverly Hills boutique. “The one with the jeweled headpiece? Someone has to wear that to the Met Ball or something. It’s amazing.”

The “Last Man on Earth” actress was one of the many Burberry-clad attendees at the luxury label’s Rodeo Drive retrospective launch on April 19th, following the its New York debut at the Moda Operandi Madison store earlier this month.

“I kind of feel like I’m wearing wings!” Kiersey Clemons said of the white cape Burberry sent stylist Jason Bolden for her to wear. “It’s strong and powerful — we need that right now.” While eyeing a pearled cape on display, Clemons said, “There’s a bit of modesty, but edge that I really appreciate.”

After Burberry revealed its curated collection of 25 limited-edition made-to-order couture capes from its February 2017 runway show, W Magazine’s Stefano Tonchi hosted an intimate dinner, in its honor, in the boutique’s penthouse.

“I love the classic-ness of Burberry as a brand, but I also love what Chris [Bailey] has been doing with making it young and unexpected,” added Jones, who was joined by fellow guests Joséphine de la Baume, Amanda Steele, Eva Chow, Asia Chow, Devika Bhise and Gelila Assefa Puck, for a family-style dinner of endive salad, wild striped bass and s’mores.

Meanwhile, Chiara Ferragni said it takes a woman with confidence to pull off a cape. “You really have to work it,” she said, singling out an embroidered flower cape as a favorite. “If it doesn’t feel like the right fit for you, it’s going to show. It’s not the easiest piece of wardrobe.”

The exhibit will remain open to the public through April 30, its last Stateside showing before a different set of capes will appear abroad in cities like Shanghai, Milan and Dubai.