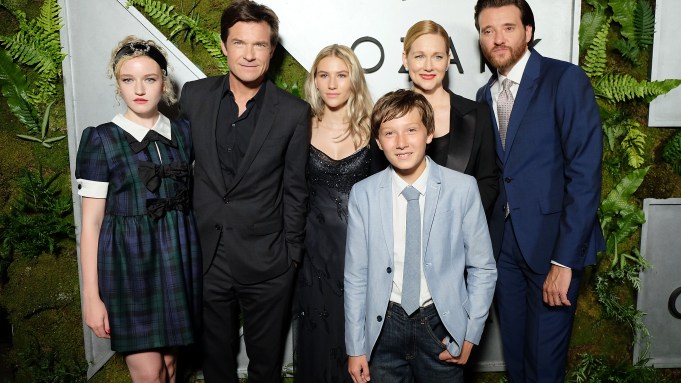 “Well, it’s always a little bit easier for me, just because it’s one less actor to direct,” says Jason Bateman, director and star of Netflix‘s new drama series “Ozark.” “I really enjoy it because it lets me have two hands on the wheel — one in front, one behind.”

“Ozark” is a dark drama that follows the life of the Byrde family as they move from Chicago to Missouri’s isolated Ozarks in order to escape persecution at the hands of a cartel leader who threatens them due to their father’s shady business dealings. In order to keep his family safe, Marty Byrde, played by Bateman, must launder the kingpin’s money, which proves to be quite challenging. The series begins with the foreboding phrase, “Money is a measure of a person’s choices.”

For Bateman, this series marks a stark contrast to his lead role in the television sitcom “Arrested Development,” but the “Ozark” cast all echoed a similar message of awe and admiration for the show’s star and director during its Thursday night premiere at Metrograph.

“Oh, I love Jason. I’ve always loved Jason and was very proud of him. It takes a lot of courage to go into another genre that you’re not known for, to direct, produce and be the leader of the whole group,” said Laura Linney, who portrays Bateman’s wife Wendy in the series.

“Because he’s been in this business for so long, he knows what he wants and knows this business inside and out. He knows great acting and great film — everything. You really trust his taste,” said Julia Garner, who noted she was unusually determined to get cast in the role of the show’s antagonist.

“I auditioned for ‘Ozark,’ and I remember reading the pilot, getting the sides for the audition and thinking that the writing was just incredible. I’m normally very good at letting things go. You know, it’s a hot and cold business. If it doesn’t work out, it happens for a reason, but I remember thinking that, if I didn’t get this, I would be very upset,” Garner added.