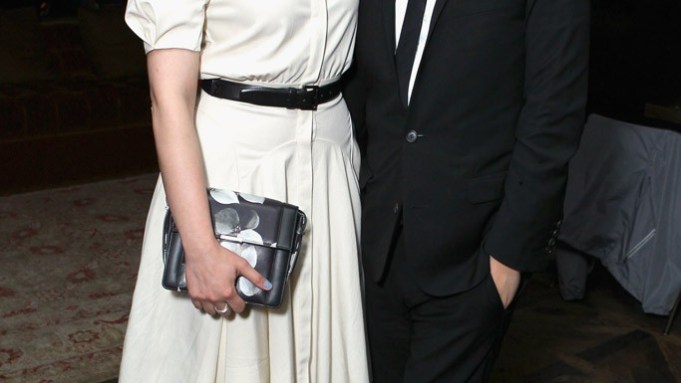 On Thursday, less than 24 hours after attending “The Five Year Engagement” premiere in New York, where star Emily Blunt wore a dress of his design, Jason Wu was the guest of honor at a dinner hosted by the CFDA and InStyle’s Ariel Foxman at Soho House West Hollywood.

“The way I approach dressing celebrities is never about product placement,” Wu said. “I like to form a genuine relationship between designer and muse, like what Audrey Hepburn had with Givenchy or Catherine Deneuve with Yves Saint Laurent.”

Certainly there were plenty of new sources for inspiration in the room, and a few already sporting Wu creations, from Emma Roberts, Isabelle Fuhrman and Lana Del Rey to Cody Horn, Krysten Ritter and Olivia Munn.

“I feel like there’s a group of young, talented and poised actresses now like Lily Collins, Elle Fanning and Isabelle Fuhrman and I enjoy getting to know women I admire,” the designer continued. “When you know what someone is like then it feels more organic.”

“Ladylike” seemed to be the word that most used to describe how they felt in Wu’s clothes, though some found more unique phrases.

“It’s like a dressed-up version of Wednesday Addams,” said Ritter.

“We got to work with amazing actors,” said Horn, referring to the brawny cast. “And the best part was that they were all naked.”