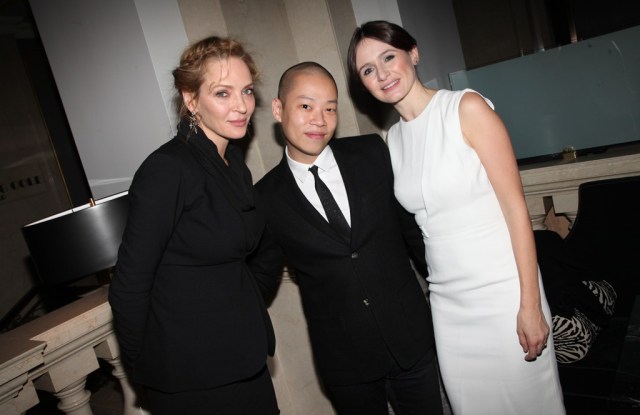 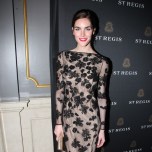 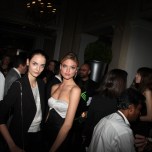 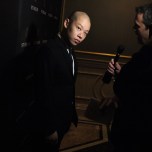 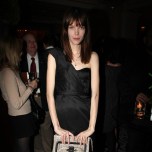 The designer has been a St. Regis ambassador since 2011, a partnership that began when he presented his spring 2010 collection in the hotel’s second-floor salons. He later designed the Grand Tourista bag exclusively for the iconic hotel.

While boasting a glamorous legacy, drawing the likes of Salvador Dalí, Marilyn Monroe, John Lennon and Joe DiMaggio, the St. Regis decided to undergo a six-year renovation to reflect its new clientele — a younger, international crowd. Enlisting Wu no doubt helped with that prospect.

Uma Thurman checked out the eclectic mix of furniture — Empire-style sofas to Seventies Swedish-designed chairs. Emily Mortimer, Meghan Collison, Martha Hunt, Zuzanna Bijoch — all dressed in Wu’s wares — hung out in the main salon where grand chandeliers dangled overhead, while others clustered around the rich hardwood-paneled bar, the birthplace of the Bloody Mary.

Hilary Rhoda, in an embellished nude-and-black cocktail dress from Wu’s resort collection, recalled her first time at the St. Regis in 2006 for a photo shoot. “It’s just a great, classic spot,” she said. “The bar’s always buzzing.”