The designer drew a clutch of admirers and supporters to Thursday's dinner. 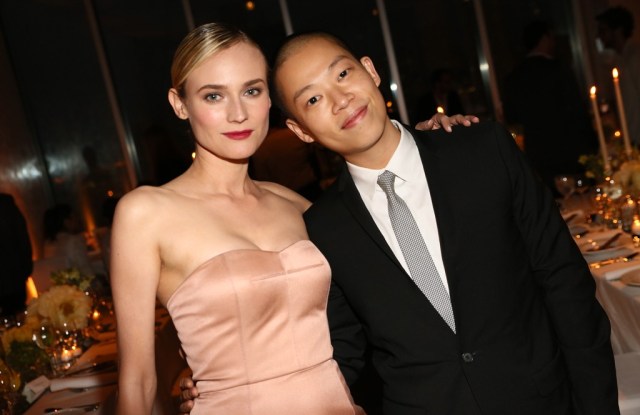 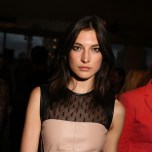 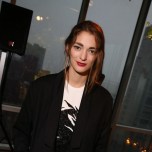 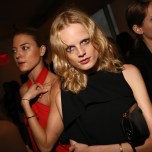 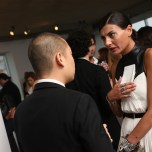 As yet another mist fell on Manhattan Thursday night, the fashion set made its way to Chelsea for the Young Friends of ACRIA Summer Soiree, hosted by ardent ACRIA champion Jason Wu. The organization, which funds HIV/AIDS research, established its Young Friends appendage in 2010 as a means of engaging new supporters.

Guests shook off the drizzle and filed into the Glasshouses’ sprawling 14th floor with sweeping views of the Hudson River. On the ride up, partygoers were already debating the merits of Halo versus Uber, anticipating a dearth of taxis post-dinner.

“I wish we had better weather for this,” Wu said, looking wistfully out over the river, where a tugboat bobbing along was barely visible through the heavy fog. “These views must be breathtaking normally.” The designer perked up as more guests began to filter in. “I’m trying to be a good host,” he said exasperatedly as he flitted around the room, saying hello to Kate Young, Giovanna Battaglia, Lisa Perry, Michelle Harper, Sofia Sanchez Barrenechea, Anya Ziourova and close friend Diane Kruger.

“Isn’t it beautiful? I feel like a ballerina tonight,” Kruger gushed, running her hands down her blush-colored duchess satin, A-line dress from Wu’s resort collection. The actress was in the middle of recounting the story of how she was made aware of ACRIA — Wu converted her while the two were between sets at Coachella in April — when a passerby piped in, complimenting her dress.

After ACRIA director Benjamin Bashein spoke, underscoring the necessity of engaging new supporters, Wu began his toast acknowledging the critical issues first and foremost. “I was actually waiting for him to say nice things about me but he didn’t do that,” Wu wisecracked. The room erupted in laughter. “OK, thanks Ben.”