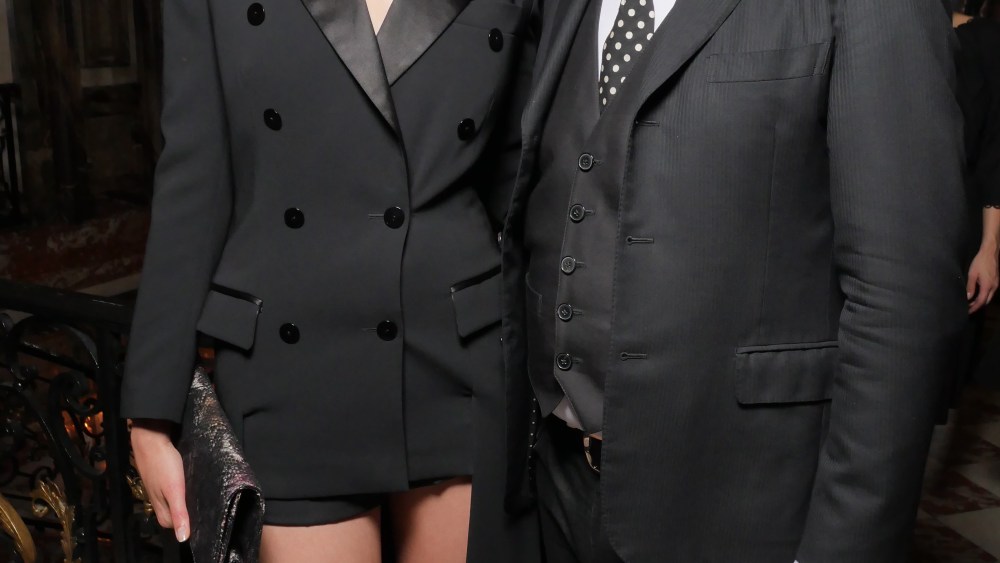 Scandal was the name of the game — and the perfume — of the soirée. And for each individual, it conjured up a different notion.

“Today it’s quite difficult to find a real scandal,” said Farida Khelfa, who added after a moment’s thought: “What is scandalous today is too much politics. If one can think of other things, it’s super.”

Blanca Li found the Dominique Strauss-Kahn situation some years back memorable. “It was just before the elections, and everybody thought he would be president. For me it was a big, big, big scandal. Everybody was like: ‘Whaaaat?'”

The dancer is rehearsing a new piece, called “Solstice,” which will be staged at the Théâtre National de Chaillot starting in September. She described it as being about the interaction of humans and nature.

Dominique Issermann had just seen the exhibition of Stephanie Sinclair’s photos at La Défense, called “Too Young to Wed,” about young women around the world who are forced into marriages. “It’s really horrible,” she said. “That’s a real scandal.”

Issermann will in late October be granted one of the Lucie Awards for achievement in fashion photography.

Guests at the Scandal party, who also included Stéphane Marais, Bojana Panic, Vanessa Axente and Catherine Loewe, were treated to an oh-so-Gaultier cabaret, replete with a naughty maid and larger-than-life mistress of ceremony, Allanah Starr. Florian Sailer mixed the beats.