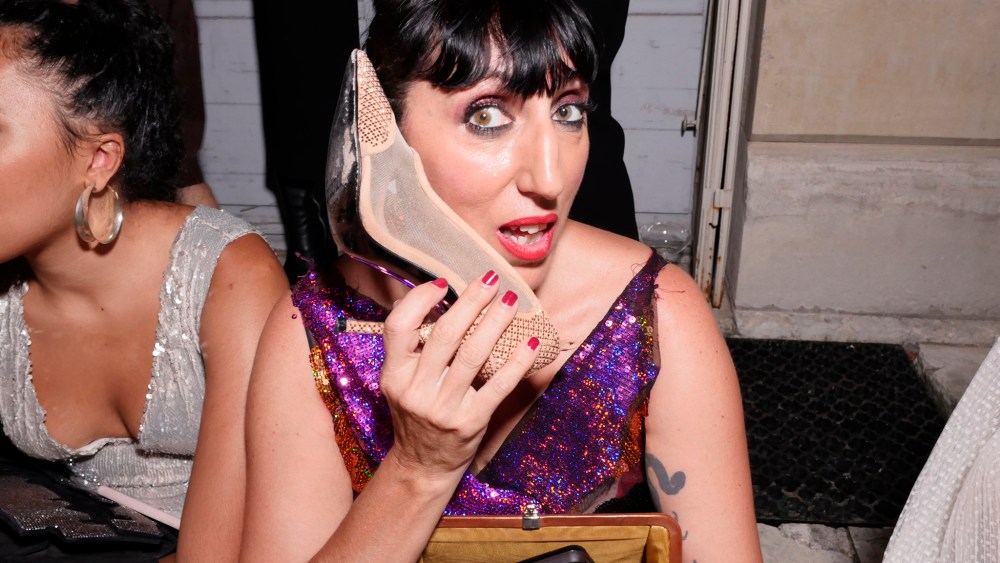 Paris might have been hot on Wednesday evening, but it was downright sizzling at the Jean Paul Gaultier party celebrating the new Scandal By Night women’s fragrance, due out in September.

“Scandal was the official life, and Scandal By Night is the non-official life of ‘Madame La Ministre,’” said Thomas James, general manager of Jean Paul Gaultier, referring to the protagonist in the advertising campaign for the original scent out last summer. She’s a government minister who parties all night in Paris’ Pigalle neighborhood then makes her way directly into the office.

Rossy de Palma, a longtime friend and muse of Gaultier, was in attendance. The actress, who recently appeared in the hilarious #Jeanpod spot to help the designer mark his 20 years in the perfume business, plans to take her theater piece, “Love, Travel and Resilience,” on the road, to Paris, Lisbon and Argentina.

She’s working on a new film, too, among other projects; just do not count on her taking a long vacation anytime soon. “I don’t believe very much in holidays like everybody else,” she said. “I take some days all through the year when I can, like four days of intense relaxation…[to] reset my software and do something I enjoy but not be in places where everyone goes.”

That might be Spain’s Formentera or Madrid, continued de Palma.

In fact, Formentera is Blanca Li’s holiday destination of choice this summer. “I need to disconnect from everything, and that’s the place for me, where I can really let it go,” she said.

Biarritz, in southwest France, is the upcoming vacation spot for Vincent Cassel, who arrived at the party with Tina Kunakey.