At the magazine's annual Men of the Year event, "Crazy Rich Asians" mingled with Jeff Goldblum, Jonah Hill, Michael B. Jordan and more. 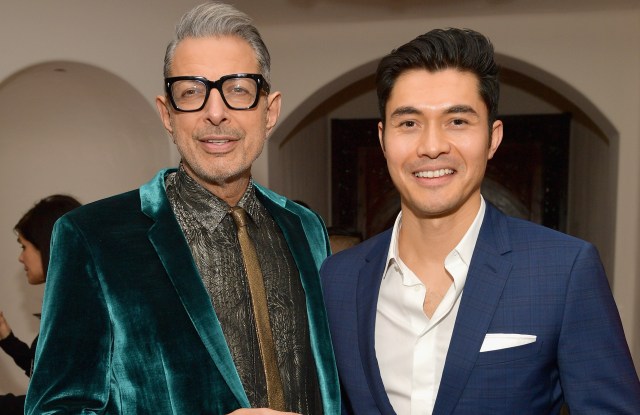 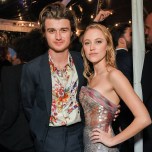 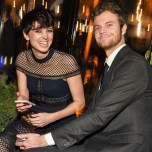 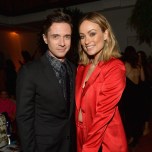 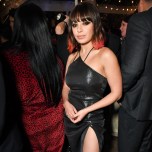 “It all still feels like a dream. We’re so happy,” said Henry Golding at Thursday night’s GQ Men of the Year party in Beverly Hills. He was referring to the Golden Globe nomination “Crazy Rich Asians” nabbed earlier that morning, but he very well could have been referring to the castle-like mansion atop Benedict Canyon where their annual event took place.

“Watch out, it’s a sand trap,” Joe Keery told his date, Maika Monroe, as the pair navigated the gravel circular driveway. Raymond Alexander Cham Jr. gallantly kept his date, Cailee Spaeny, warm by putting his jacket around her shoulders and hugging her to his chest. They had a wait ahead of them as cars slowly snaked up the driveway, so they chatted with KiKi Layne, who was also beating an early exit as Los Angeles Chargers running back Melvin Gordon was pulling up in his red Ferrari. “Good luck downshifting on the way down,” commented one guest.

Inside, outgoing editor in chief Jim Nelson, who picked up his navy velvet tux earlier at the Paul Smith store, hosted a dinner for the honorees in the dining room as the party got under way. Guests such as Dylan McDermott, Robbie Rogers, Jesse Tyler Ferguson and Justin Mykita sipped Moët & Chandon Champagne and brandy while warming up in the two-story atrium because the tented back patio was a bit chilly.

While most men seemed to get the memo that it was a suit affair — Terry Crews in bright pink, Goldblum in teal and Trevor Jackson in plaid and florals — Schwarzenegger went the casual route in designer denim and a white fisherman-style sweater, and Michael B. Jordan rocked a streetwear look.

“It’s crazy to think about being in the pages of GQ,” he said.