"Artists who claim that they don’t care about the rest of the world enjoying or at least paying attention to their art, I’m not sure are in touch with reality," remarked honoree Clifford Ross at the ocean-themed affair. 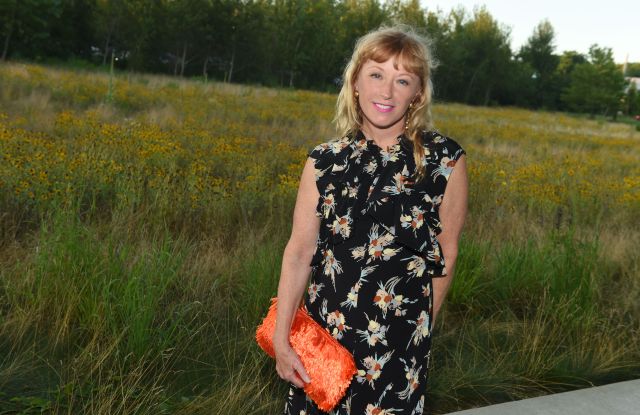 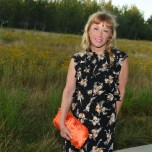 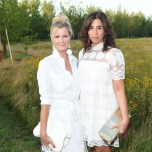 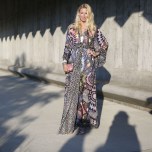 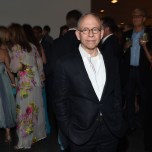 A buttery midsummer sunset melted over the Parrish Art Museum in Water Mill, N.Y., Saturday evening as a sea of East End elites gathered for the gallery’s annual fund-raising dinner.

“The artists came out here in the late Forties because of the light,” remarked event cochair and New York Comedy Club founder Caroline Hirsch, who was wearing a bold-colored Emilio Pucci dress. “The light is what keeps us all coming back because it’s unbelievable.”

Inside the Herzog & de Meuron-designed space, which opened in 2012, guests mingled over cocktails beneath a larger-than-life sepia-toned photograph of ominous ocean waves by artist Clifford Ross, who was honored at the event along with art grande dame Agnes Gund. Wearing a vividly patterned full-length Duro Olowu frock, the art collector and patron reflected on how important her collection has been to her throughout her life.

“I’ve lived with art so long that I really can’t live without it,” she observed. “That was very hard about selling the Lichtenstein because it was one of the few things that I have left. I knew Roy quite well and it was a big thing to let it go, but I decided I’m not going to be around that much longer so I might as well do something I can with it.”

Earlier this year the 79-year-old sold her prized 1962 “Masterpiece” by the American artist for $150 million and with the proceeds created a fund supporting criminal justice reform in the U.S.

“You don’t fight the ocean — you try to be part of it,” explained Ross of his photographs as guests including Dorothy Lichtenstein, Nicole Miller, Karolina Kurkova, Joey Wölffer and Emily Mortimer sat for dinner at rows of long tables under the breezy pavilion. “The images feel confrontational, but the only way to get them is to be non-confrontational.”

Circulating through the gallery alone, Cindy Sherman — whose 1975 self-portrait as Lucille Ball is on display — noted that she would “be a gardener, work outside on a farm or have a thrift store,” if she hadn’t become a world-renowned photographer.

In his first visit to the museum, Jeff Koons casually drifted through the airy center hallway lined with paintings from many artists who have found inspiration on eastern Long Island. “This is a spectacular exhibition space. It’s always interesting to see works in all different environments. I’ve had my work in so many amazing places, but Villa Borghese [in Rome] is a place that I’ve had a dialog with for quite some time [to have an installation].”

Longtime event cochair and philanthropist Debbie Bancroft made her through the crowded room, but bemoaned the ever-increasing traffic in the Hamptons. “It’s worse than any other year I can remember and I’ve been coming out here for years.”

The golden sky transitioned to an inky hue as an army of handsome waiters delivered a main course of branzino and seasonal vegetables. “There really is an ocean theme tonight,” remarked one guest peering down at the plated fish. Speeches were followed by a live auction during which a reservation for eight people at Harlem hotspot Rao’s— not including food, drink or gratuity —  was won for $8,000.

The celebratory crowd of nearly 600 — the event’s largest turnout to date— was evidence of the local community’s support for the museum. “To some extent the architecture is a reflection of the community and this is the community,” noted Ross as guests filtered indoors for a DJ-fueled after party. “To be embraced by the building and be embraced by the community — if this doesn’t feel good then nothing will.”