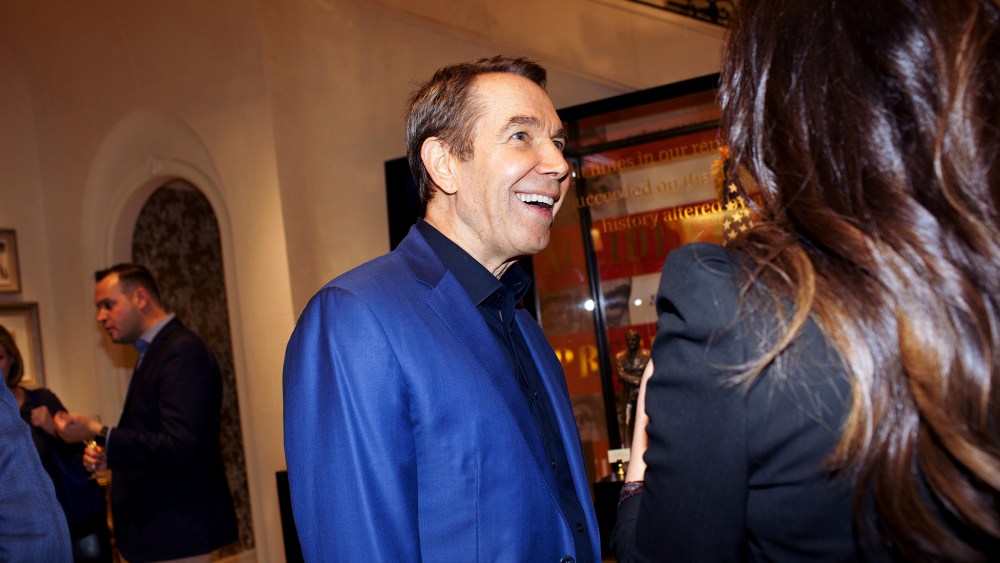 The Ralph Lauren women’s store on 72nd Street and Madison Avenue looked more like the White House on Tuesday night than the venue of the brand’s spring fashion show — which it was, two months earlier. Instead of models descending the quarter-turn staircase, a group of political actors, businesspeople and patrons of the arts gathered to celebrate Jigsaw chief executive officer Jared Cohen’s latest book, “Accidental Presidents: Eight Men Who Changed America.”

Cohen is a friend of David Lauren’s; they met through mutual friends six years ago and have since stayed close. According to Lauren, the mixed backgrounds of the guests at the party represented Cohen’s intersectional interests in history, art, science, technology and politics.

“I wish every Millennial was as well-rounded,” he laughed. “Every time I’ve had a dinner, or a lunch, or a conversation with Jared, he brings somebody fascinating to the table.”

Lauren and Cohen referred to each other as “curious,” and cited this personality trait as the main thing that impressed them about one another. In writing “Accidental Presidents” — a pet project Cohen took on while his wife Rebecca Zubaty was pregnant — the author said he explored an interest tangentially related to his work.

“With this book, I get to be a tech executive by day, but a historian at night,” Cohen said. “I had a hobby that I needed to find a way to rationalize. Those are the best books to write. You look at it like joining a basketball team or going on a fun vacation. It’s not work. It’s pursuit.”

Koons, meanwhile, gave his artistic input about the book cover, blown up to life-size proportions and propped against the staircase. He should know — he created the cover for Cohen’s 2003 book, “The New Digital Age.”

“I have to say, it’s not as good as the cover Cohen has right now,” Koons said. “It’s very contemporary, absolutely of this moment. But you also feel a sense of history, just by the type of printing, engraving of the faces.”

Koons was coming off an April Fool’s Day joke played on him, which caused alarm among some of his friends. An article on April 1 stated Koons was retiring, after a religious experience inspired him to do so. But for the record, the artist has no plans to lay down his materials anytime soon.

“It confused some people,” he said. “Friends in Europe and across the country contacted me, wondering [if it was true]. They were surprised. But no, I will absolutely not [retire]. I’m more engaged with my work than ever.”

While Critics Argue About Saweetie, the Rapper Seeks a Signature Sound