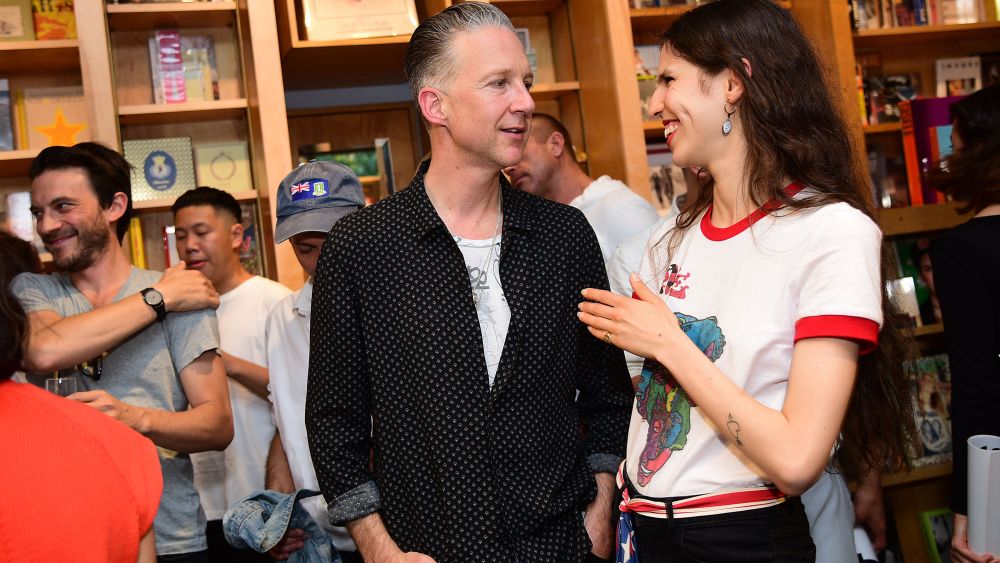 “It just happened to be that it was men’s fashion week,” Jefferson Hack said Tuesday evening, from inside the Metrograph Commissary on the Lower East Side. His dinner, which followed an earlier book signing at Bookmarc in the West Village, did happened to fall smack dab in the middle of the third iteration of New York Fashion Week: Men’s, but the coincidence was apparently a happy accident. The four-day stretch of men’s shows and parties has drawn many to New York for the week, and Hack was joined by Arden Wohl, Emma Greenwell, Leigh Lezark, Anja Rubik, Waris Ahluwalia, Hari Nef and Derek Anderson in toasting his new book, “We Can’t Do This Alone: Jefferson Hack the System.”

The evening began with a mobbed Bookmarc, where Hack signed copies for fans with the occasional tourist ducking their head in to see what all the fuss was about. “What was really cool about the launch at Bookmarc was I’d made a load of posters, and we give them away at every book signing, and so anyone walking past can just grab a poster that speaks to them,” Hack said.

Every cover of the book is completely unique — Hack worked with Kodak to “hack the software,” to create such a range. “So when I turned up at Bookmarc, I saw all those covers for the first time,” he said.

A few hours later, the party moved across town for a more secluded dinner. The book, which tapped into Hack’s archives of interviews as well as bringing in new work, is a “joining of the dots” of all the people he’s worked with throughout the years. “I tried to make a book that will be useful to people who are interested in communication, media and creative expression, and I looked at the motivations behind this,” Hack said. “Everything that I’ve done has been a collaboration; I founded Dazed & Confused with a group of other people, I made other magazines with groups of people, and even when I do an interview it’s a collaboration with someone else. I’ve been working on a lot of other people’s books, and I thought it’s about time I did one of my own. I’ve been working for 25 years, as a journalist and a publisher, and I felt like I had something to say.”