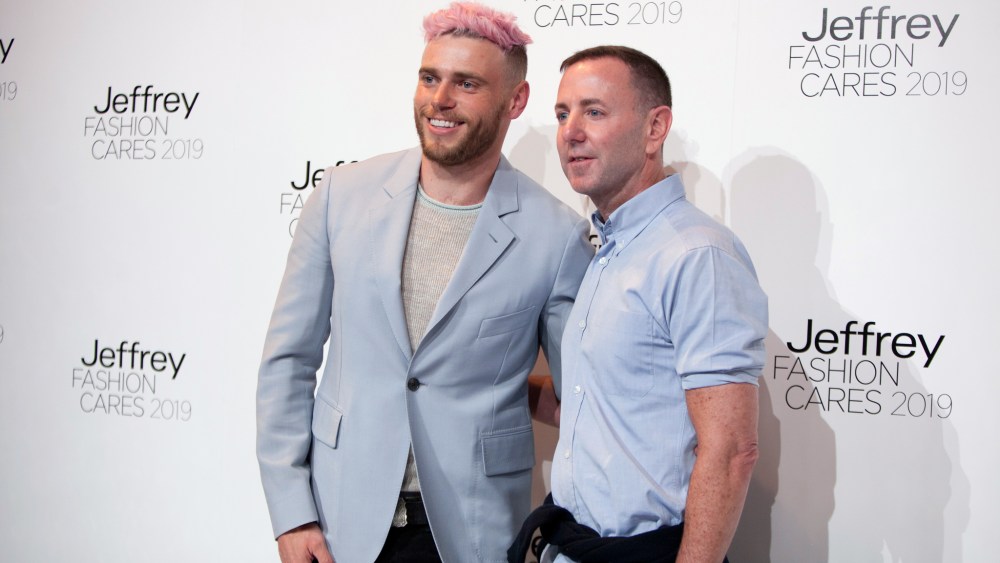 Now in its 16th year, Jeffrey Fashion Cares returned to New York Wednesday night for its annual lineup of fundraising, fashion and fun at the Intrepid Museum.

“It’s a celebration of the best fashion in the world, and philanthropy,“ the evening’s founder, Jeffrey Kalinsky, said. “We’re honoring Jordan Roth, who is an amazing man and he’s done so much good for the queer community. I’m excited that Gus is here — I think that’s really cool. A gay Olympian.”

“It’s something I’ve always wanted to come to; it’s the first time I’d had a ticket or anything,” Kenworthy said during cocktail hour, after posing for photos on the step and repeat with Kalinsky. “So it’s very cool. It’s an incredible cause. The fight against HIV and AIDS is something I care tremendously about, and I have people in my life who I’m very close with who have HIV-positive status, so I wanted to get involved.”

Kenworthy will be participating in the AIDS/LifeCycle this June, which runs from San Francisco to Los Angeles. He admitted he’s yet to get to training for the big ride, but has pledged to raise a lot of money for the organization.

“It’s in two months; it’s 545 miles in six days so it’s a little less than 100 miles a day. It’s going to be difficult but I’ve heard it’s incredible, with gorgeous scenery and a great cause.”

The silent auction and cocktail hour gave way to a live auction and runway show, with remarks by Roth.

“The strength of our community rests on how deeply we can care for each other, and how widely we can spread that care. How big can we make this tent? How many can we welcome into it? How many can we shelter under it?” he told the crowd. “That’s why we’re here tonight — and we’re also here for the fashion.”