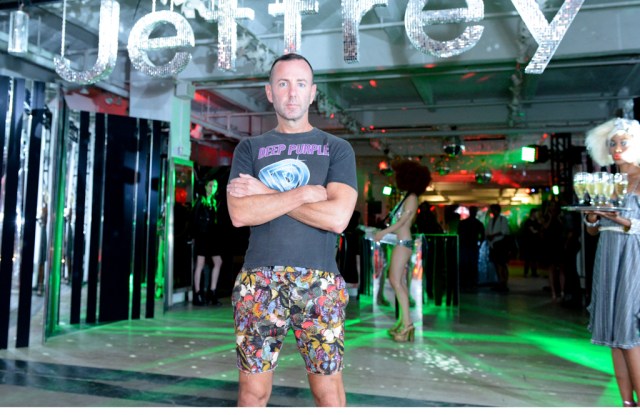 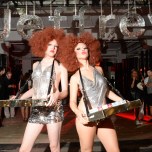 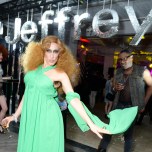 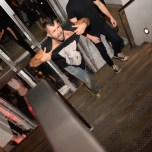 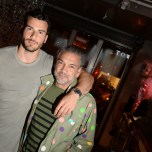 It’s been said more than once that New York Fashion Week: Men’s is aping London Collections: Men’s, even adopting its punctuation as it races to catch up.

So it made sense to ask a visiting dignitary from across the pond to compare and contrast. Lewis Hamilton, the superstar Formula 1 driver, is one of the brand ambassadors of LC: M — Brits get Formula 1 drivers, us Yanks get basketball players — and on Tuesday he applied his discerning eye to the locals’ fledgling efforts.

“London was hectic, really hectic,” he said. “This feels like it’s going to continue to grow.”

Hamilton was far removed from the downtown hustle and bustle of the shows at a dinner hosted by Esquire magazine, surrounded by many of the designers on view this week — John Varvatos, Italo Zucchelli, Ariel and Shimon Ovadia, who had just shown their spring collection minutes earlier — at that venue where the industry now retires to take a break from the melee of the city, and indeed fashion week: Ralph Lauren’s Polo Bar off Fifth Avenue. Thom Browne and partner Andrew Bolton were there for their own dinner, while nearby, Murphy Brown and Hawkeye Pierce, i.e. Candice Bergen and Alan Alda, were in the middle of their own tête-à-tête.

Hamilton, ever the diplomat, demurred when pressed to compare further. “London’s been going for a while, so it’s had time to do it up. This is a young baby here, but it has such potential. I buy so many of my clothes here in the States.” Oh, like what? “I really like Givenchy,” he said. Right.

On the second day of NYFW: Men’s, designer after parties popped up around town — Browne’s at Bergdorf Goodman earlier in the day; Todd Snyder at the Dream Hotel; Public School launched a collaboration with Oliver Peoples at Sixty SoHo. But it was really an industry veteran who drew the most attention.

For the 25th anniversary of the Jeffrey store, Jeffrey Kalinsky threw a party there in the Meatpacking District, and he called on the pied piper of all New York 25 year olds to round up all her club kids, Ladyfag, the doyenne behind the regular parties 11:11 and Holy Mountain. The scene looked more like one of her regular gigs than your average in-store party, with DJ Honey Dijon playing behind the turntables and various downtown drag queens sashaying about. In fact, it recalled her long-defunct night at the Chelsea Hotel, Clubber Down Disco. No racks were in sight and the music was on full blast.

“I like doing parties in strange places as a general rule and this is a real party, not cocktails or an in-store,” she said. “It’s a mix of Jeffrey’s friends, Jeffrey’s clients for 25 years, for ten years” — like, Steven Kolb, Neiman Marcus’ Ken Downing — “and then my friends,” which were too many to count. Kalinsky himself slipped out sometime before midnight.

For those with the stomach to keep going, Public School was having its own party nearby at the Gilded Lily. Maxwell Osborne was holding court in the center of the dance floor with the likes of Zoë Kravitz, Twin Shadow and Theophilus London.

A little past midnight, NYFW: M ambassador and New York Giant Victor Cruz waded past the throngs to take his ringside seat in a booth overlooking the room. It must be good to be an ambassador after all.