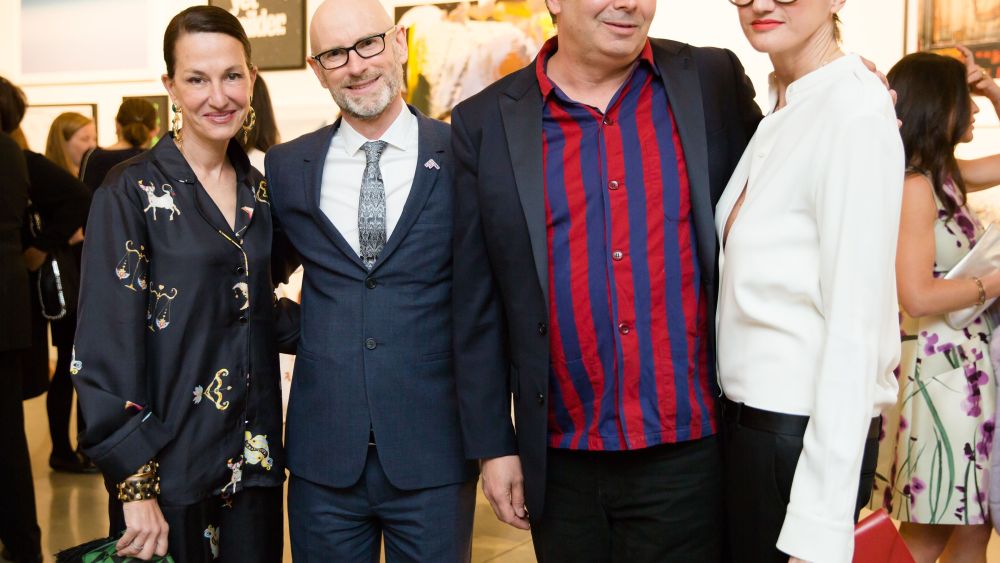 If you hope to catch Jenna Lyons’ eye, the best way to do so is to cover yourself in tin foil.

At the 40th anniversary Public Art Fund Benefit on Thursday night, the designer was instantly drawn to an installation work by Oliver Herring called “Areas for Action — PAF: Aluminum Foil,” which involved models being dressed in aluminum foil, cotton twine and tape by the guests. “I’m dying to know what’s going on there,” Lyons said, gesturing toward the models. “Of course, I will not be purchasing that for my home. This guy, dressed up in tin foil, I mean, what more can a girl ask for?”

Lyons was one of the co-chairs of the half-benefit, half-birthday party, along with her friend, artist Rob Pruitt. The event took place at Metropolitan West and included guests such as fellow designer Cynthia Rowley and actor Tony Hale. Guests had the option to bid on pieces donated by artists through the cocktail hour, dinner and the after party, all of which benefited the Public Art Fund.

“After going to art school and then coming to New York, the fact that art was everywhere was important to me — to be able to experience it. Also, I was poor, so the best way to see art was through the public art installations,” Rowley said of the Public Art Fund. Rowley co-chaired the event two years ago and continues to donate to the cause. “It’s everywhere, and that’s such a lucky and great thing. The Public Art Fund is what, in a way, makes New York, New York.”

Hale is also a believer of the Public Art Fund’s mission. “I was out here promoting ‘Veep,’ and they were kind enough to ask me to come. I just love what they’re doing, even if you can’t afford the art, but to expose it to the public, that’s just amazing. That makes it accessible to New York, and to everybody, really,” he said.

After cocktails and dinner, guests were shuffled back to the cocktail space for dancing, other participatory art installations and birthday cake. “I think that there is a wonderful energy that everyone is bringing to the event because it’s a 40th celebration,” said Public Art Fund president Susan Freedman. “I think there’s a real truth to milestones being special.”