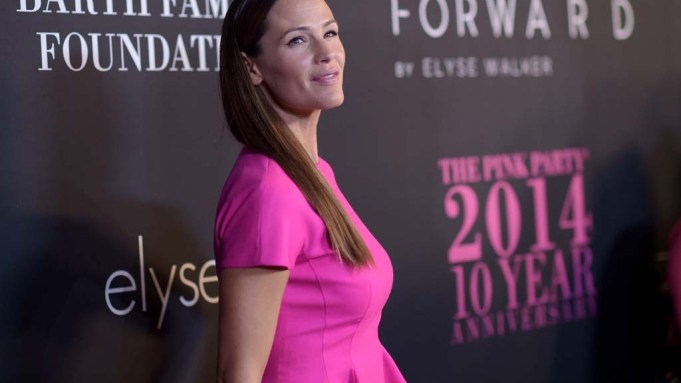 For her 10th and final Pink Party on Saturday evening at Santa Monica Airport, Elyse Walker enlisted the help of her friend and four-time host of the event, Jennifer Garner. The actress has been involved with the women’s cancer fund-raiser since its inception more than 13 years ago. “This whole party started with a little party that I had at Elyse’s store” to raise money for Women’s Cancer Research Institute, Garner said. “I’m so happy that my tiny little party that raised almost nothing, led to Elyse raising all of this money.” In total, the annual gala has raised more than $11.5 million to support medical research for women’s cancers.

Said Walker, who is retiring her Los Angeles event after a decade to start a new fund-raiser in New York benefitting all cancers, “I can’t believe it. I thought I was having a one-year or a two-year party. I don’t think it’s over.”

“It’s the last one and it’s an incredible triumph for Elyse,” said cohost Rachel Zoe.”