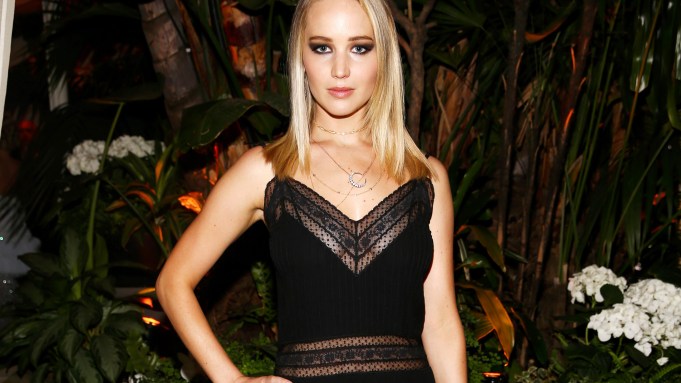 Typically Hollywood awards shows are characterized as self-congratulatory schmooze fests, but the string of star-studded events here over the last week have become a platform to address sexual harassment and assault in the industry.

The 24th annual Elle Women in Hollywood Awards, presented by L’Oréal and Calvin Klein, was the latest and most visible example of high-profile women banding together to support those affected and call for change. “Oh, we’re going to get into it tonight,” said Elle editor in chief Nina Garcia. While host Joel McHale said it was his job to tell jokes for a living, he refrained from joking about the Harvey Weinstein scandal, instead condemning his behavior. He then let the honorees — Jennifer Lawrence, Jessica Chastain, Cicely Tyson, Laura Dern, Margot Robbie, Riley Keough, Tessa Thompson and Kathleen Kennedy — do most of the talking.

Prolific producer Kennedy, a member of the Motion Picture Academy’s Board of Governors, kicked off the evening by calling for film studios, unions, guilds and talent agencies to convene a commission to develop industry-wide protections against harassment and abuse.

Thompson called Hollywood “a microcosm” and said that “Within it we see that systemic sexism reigns supreme and systemic racism also exists. A conversation about dismantling one that doesn’t acknowledge the presence of the other is incomplete.”

Many of the actresses recalled stories from before they were “movie stars.” Lawrence said that when she was starting out in her career, she was once asked to lose 15 pounds in two weeks for a role, then had to submit to a nude lineup for a female producer, which subsequently led to her director asking her to star in a pornographic film.

“In an ideal world everyone is treated with the exact same level of respect. But until we reach that goal I will lend my ear and my voice to any girl, boy, man or woman who does not feel like they can protect themselves,” she said.

Like other presenters, Kristen Stewart took a few minutes to address the topic before she turned to her scripted remarks to introduce her friend Keough.

“I want to express how thankful I am to hear what is normally a murmured conversation, because we’ve all been talking about this forever, and, not to make it specific, but it is about this motherf–ker,” she said, referring to Weinstein.

In one of the night’s most powerful, non-teleprompter moments, Reese Witherspoon revealed that a director assaulted her when she was 16 and that she’s had multiple experiences of sexual harassment and assault.

“I don’t speak about them very often but after hearing all the stories these past few days it’s made me want to speak up, and speak up loudly, because I’ve actually felt less alone this week than I’ve ever felt in my entire career,” she said as her voice shook. “You can only heal by telling the truth. I feel very encouraged by this group of people tonight who have created a community of champions of a new attitude toward harassment in our industry.”

Near the end of the night, Chastain invoked the words of Margaret Mead, saying, “Never doubt that a small group of committed citizens can save the world.”