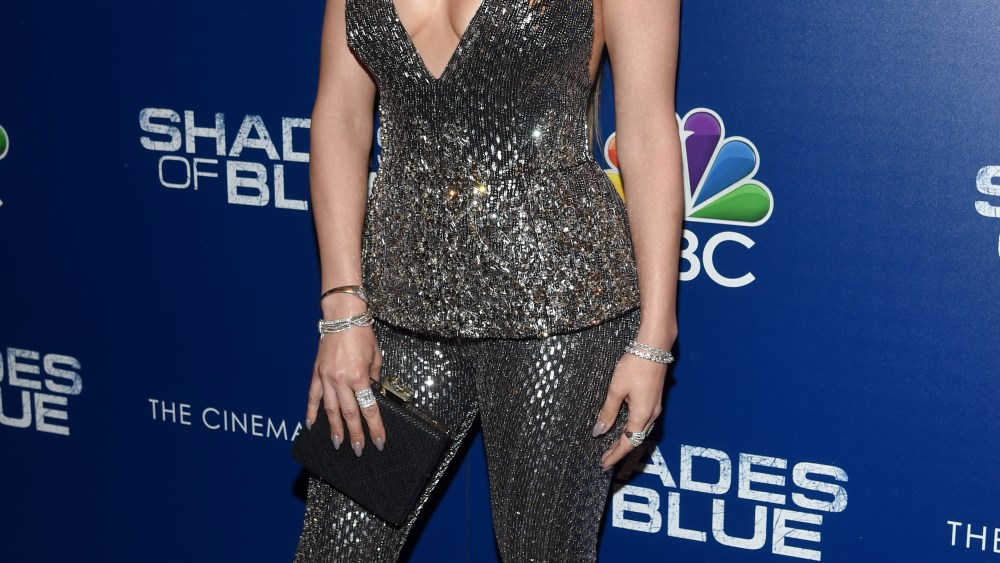 Jennifer Lopez is none too happy with the paparazzi at the moment. After learning of a photo of her that went viral on Wednesday, the singer responded by sending a message to the paparazzi.

On Wednesday afternoon, London’s Daily Mail posted a photo of Lopez in which she appears to be taking a selfie as two men hold two large umbrellas for her. Later that day, Lopez attended NBC and The Cinema Society’s Season Two premiere of “Shades of Blue” at the Roxy Hotel in Manhattan, where she shared her thoughts on the photo.

“Were they were outside my house? They upset me,” she said. “I really feel like I play so fair with the media all the time and I’m super gracious with everybody and all I ask is them to stay away from my kids and that one little, like when I got home, just let me go home. It’s disrespectful. I don’t want people around my kids like that, in that way. I don’t know what you saw, but it was in a moment that was not happy for me today because everything’s so wonderful in my life and we’re having such a great day.”

The Daily Mail reported that the photos were taken outside of the studios where “The View” is taped. Lopez’s children do not appear to be in the photos the Mail posted, and it’s possible that she’s referring to another incident.

At the premiere, Lopez also revealed that she’s thinking of changing up her Vegas show and may be releasing new music. “I just finished, like, two days ago this first run of the year,” she said, referring to her Vegas residency. “I was thinking about changing some songs, to be honest. I haven’t told anybody that yet, not even my team. But I was thinking, maybe there’s something here that we can update here and there. We’ll see. I have some Spanish music coming out and I have maybe an English single here or there coming out, so I might add some new stuff to the show.”

Lopez fans will simply have to sit tight for now — and perhaps the paparazzi should, too.