Inside the 2019 CFDA Awards red carpet, cocktail hour and ceremony.

By Kristen Tauer and Maxine Wally on June 3, 2019
View Slideshow 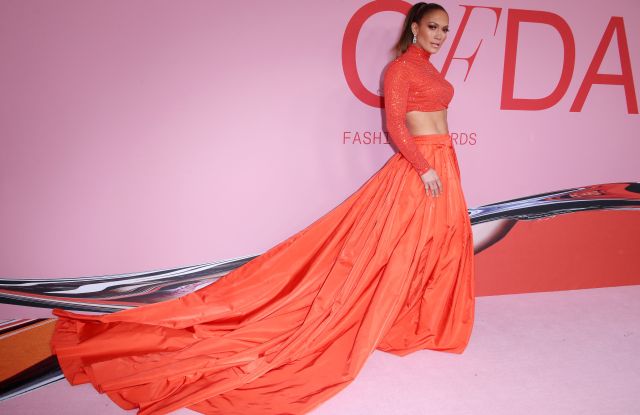 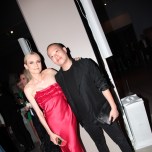 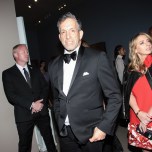 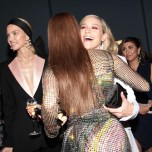 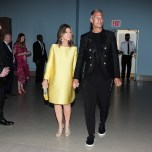 The screams from inside the Brooklyn Museum could be heard well beyond the foyer, when Jennifer Lopez and her fiancé Alexander Rodriguez landed on the red carpet of Monday night’s CFDA awards. Lopez, dressed in an orange Ralph Lauren two-piece with abs on full display and a long, high ponytail, received the Fashion Icon Award, and naturally, she was a topic of conversation among the other attendees — and nominees — who included Virgil Abloh, Gigi and Bella Hadid, Michael Kors and Brandon Maxwell.

“‘On the 6’ was an album that I played very, very heavily,” Maxwell, who was nominated for the women’s wear designer of the year, said. “I’m excited to be able to sing it as she walks into the room.”

Maxwell said he was on his way to a therapy session when he heard he’d been nominated for a CFDA award.

“My publicist told me; she was screaming on the phone and I thought I had said something wrong but it turns out I didn’t,” he laughed. “And then I went to my therapist and we did a double session, just to really work through it.”

For Maxwell’s fellow nominees Kate and Laura Mulleavy of Rodarte, Lopez’s roles in movies including “Selena” are branded in their minds as iconic.

“I remember once I went to a taping of ‘American Idol,’” Laura Mulleavy said. “I went with my friend and we were so excited — this was years ago — and she came out and we were like we’ve never seen a more beautiful human being. She’s always evolving and always feels new.”

Heron Preston, nominated for the emerging designer of the year award, said he remembered J.Lo from her “In Living Color” days, when she was a dancer on the show. After sitting through the awards ceremony, he added, his plans were to stop by Abloh’s after party and then hit the Boom Boom Room to continue celebrating the night with his friends.

Diane von Furstenberg walked the red carpet carrying a replica of the Statue of Liberty’s torch, which she said she’d brought to give to Tom Ford — succeeding DVF in her role as CFDA chairman.

“I think it’s an exciting new chapter,” said Tory Burch, upstairs during cocktails, as museum curators chipped away at a restoration of Assyrian Palace stone reliefs nearby.

“Looking at all of the incredible talent out there is very inspiring, and there are some great people that are up for awards.”

One of those people, Kerby Jean-Raymond for Pyer Moss, was up for best men’s wear designer, having been nominated in the emerging designer category last year.

“I’m really flattered and just happy to be nominated, and happy that I got to bring all of my friends,” said Jean-Raymond, shortly after walking out of the elevator with his posse: A$AP Ferg, Joan Smalls, Jhené Aiko, Deray McKesson and Joey Badass. “Joan’s my neighbor, so it was just like, yo, come upstairs, we’re going out. Ferg, I grew up with. Joey is from my neighborhood and me and Jhené just met but were like spirit animals. And Deray, obviously, he’s my brother.”

As for J.Lo’s status as an icon, the designer elected to “skip that question.”

Mike Amiri, also up for the men’s wear category, was able to connect the dots between J.Lo and his brand. “Amiri is all about a rock star mentality and that special something, and I think she’s one of the few artists that have been able to encapsulate that spirit,” he said.

“We got ready at my house,” said Kruger, huddled with her date, Jason Wu.

“We had some wine, and had a little party — sounds like a good Monday night,” said Wu.

Add in J.Lo, and then we’re really talking.

“I mean who doesn’t love J.Lo? She actually looks better all the time,” said Wu.

“She never looks like she just brought out the trash, you know?”

As guests continued to stream into dinner — Lakeith Stanfield, Beanie Feldstein in Kate Spade and Shailene Woodley, who gamely posed with the carved artwork “Winged Genie With Horned Helmet,” the crowd was still waiting for one arrival: J.Lo and A.Rod. The pair snuck into the reception hall through a back entrance. Rock-star style, indeed.