On Thursday, the museum cracked open the door just a bit.

By Erik Maza
with contributions from Kristen Tauer
on April 3, 2015
View Slideshow 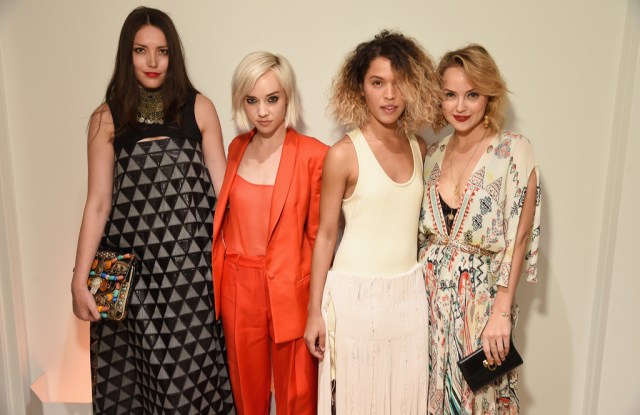 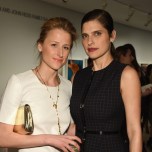 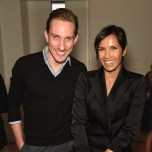 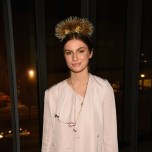 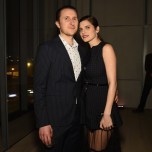 With less than a month to go before its official opening, the Whitney Museum has kept a tight lid on its new building in New York’s Meatpacking District, not too far from its very original location in the West Village. Finishing touches and some cosmetic work remain to be done before the space is ready for New Yorkers’ withering scrutiny.

On Thursday, the museum cracked open the door just a bit. Audi, one of its sponsorship partners during the opening year, wanted a peek to coincide with the New York International Auto Show, now underway. So a handful of boldface personalities like Lake Bell, Mamie Gummer, Tali Lennox and filmmaker Darren Aronofsky turned up at the museum’s front steps facing the Hudson River in a fleet of cars from the German automaker, ready to poke around the new digs. What did they see? The lobby of an education center, a dining room for events, a spectacular view of the New Jersey skyline and…that’s it. Come back on May 1 for more.

For Jeremy Scott, walking around with a crown perched on his head like the king of pop fashion that he is, the museum’s move to the West Side from the Breuer building uptown made sense. “I feel like so much more youth culture is over here,” he said.

The designer was in town with a packed agenda. There’s a Moschino ad campaign to shoot, business meetings to attend, and on Friday, he was to watch the first full edit of a documentary about his life that’s been in the making for the last year. “I’m nervous and excited. I haven’t watched one thing. Now, I’m going to see it and be like, ‘Ah!’” he said, though he conceded there’s some relief in having a final cut. “I’ve got big veto powers.”

For his sojourn in New York, though, SoulCycle was foremost in Scott’s mind. Let it be known he’s Team Danny. “Sometimes he’s in NoHo, sometimes he’s in SoHo,” he said of the bleached-blonde, in-demand spin instructor. “Wherever he’s at, I’m there.”