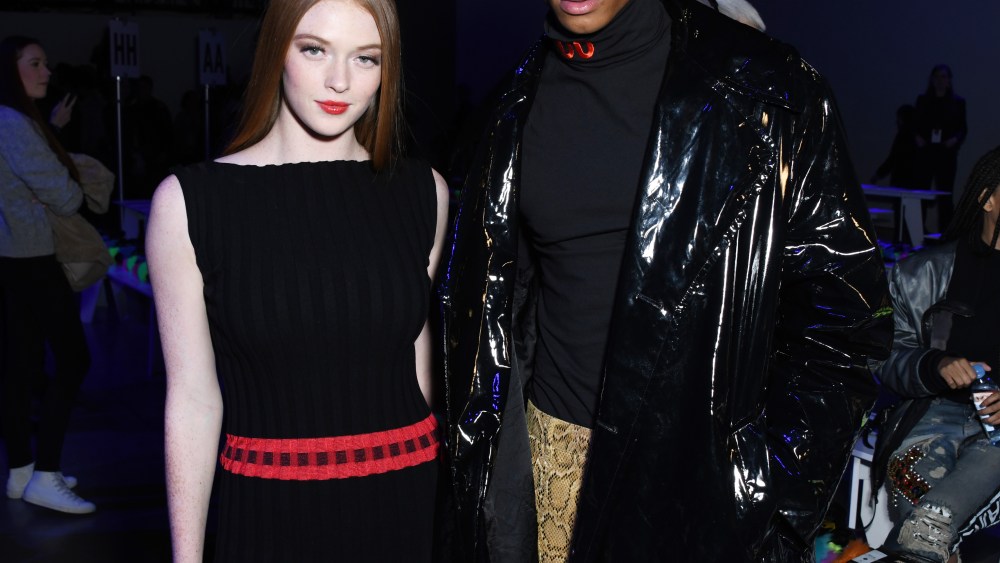 It was the second stop of the week for Broadus. “I just went to Tom Ford, Jeremy Scott right now, and I’m gonna support my boy Luca, he’s having something with Opening Ceremony…I just know my agenda every two days, so I don’t really know what I’ma be doin’ the rest of the time,” he said.

The draw to fashion week? “I like creative people, and I like being in these creative environments, because it gets my creative juices flowing. I’m a creative person,” he said. “It’s just all motivation for me, honestly.”

Broadus maintains he’s been a stylish gent since birth. “My baby picture, the first picture that was ever taken of me, I look so good. I think, at the moment, I knew that I was going to do this,” he said. So what exactly was he wearing in that baby photo that looked so good? “Just some baby clothes! But I made them look good. You know what I’m saying? That’s what it’s about: making the clothes look good.”

The Grammy-nominated Kehlani considers herself a bit more of a fashion newbie.

“It’s actually my first fashion week ever. I was actually only supposed to come here for one day and I ended up being here for the whole week, just off of everybody being excited, and I’m really grateful for the opportunities that I’ve been getting,” she said. “I think I’m going to about 15, 16 shows. I’m terrible with being able to name the entire list right now, but I’ll be at almost everything this week, so I’m excited.”

One of her most defining style moments came more recently than Broadus’.

“It was the first time that I wore heels and felt comfortable in them, because I’m a tomboy and I was always really scared of them and someone made me really comfortable wearing them. And I was like ‘wow I actually feel like a bad b–ch!’”