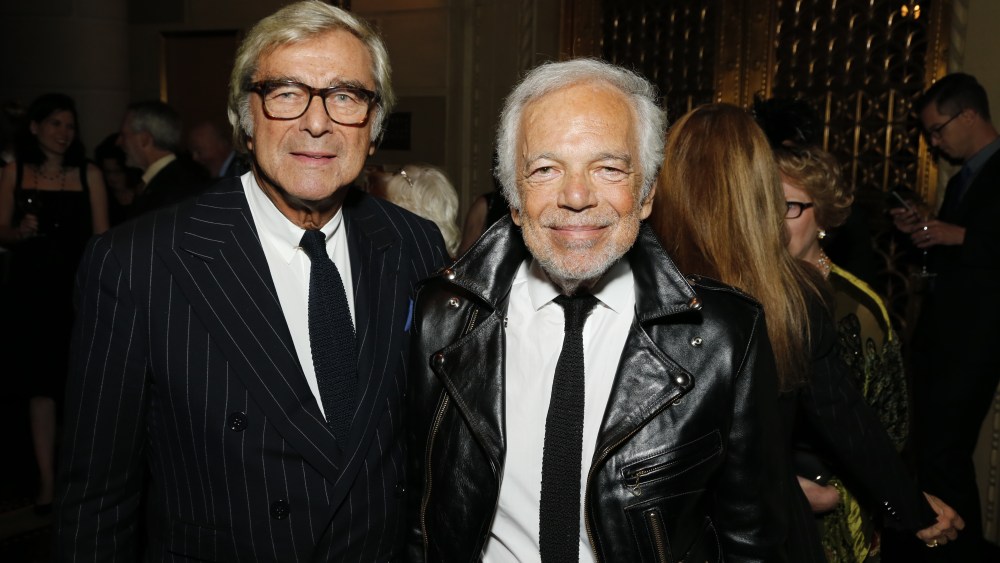 The spotlight was on Jerry Lauren and he seemed reluctant to bask in it.

“He’s always very modest,” said Anne-Imelda Radice, the executive director of the American Folk Art Museum. “We really had to talk him into this one. We had to work on him. And I think his kids worked on him, too.”

Lauren, a self-taught artist and executive vice president and creative director of men’s design for Ralph Lauren Corp., was being honored at the American Folk Art Museum’s annual gala for his contributions and his art collection on Thursday night in New York City.

During cocktail hour, Lauren explained how he developed an interest in American folk art.

“I started collecting when my wife found a 1785 weekend home in Connecticut,” said Lauren. “We started to go to local auctions and then became good friends with Sy and Susan Rappaport and they helped train our eyes. I realized I was going for the best and it became an obsession.”

At the start of the gala, a short video shot in Jerry Lauren’s New York City apartment offered a glimpse of his collection, which included weathervanes, decoy ducks, Bill Traylor paintings and a piece by Jean-Michel Basquiat.

After being presented with the award, Lauren received a standing ovation from the crowd, which included his son Greg Lauren and his wife Elizabeth Berkley, his brother Ralph Lauren, Ricky Lauren, Dylan Lauren, David Lauren and Dick Parsons.