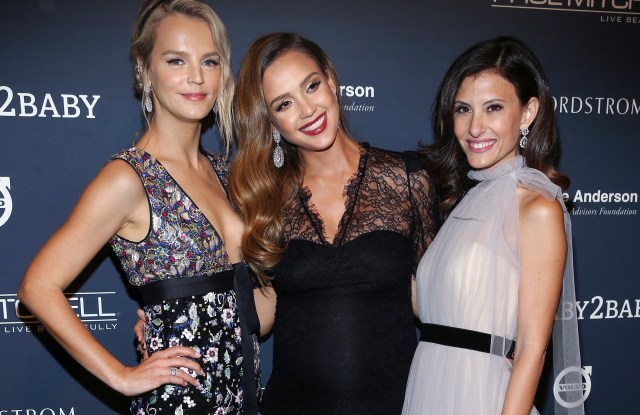 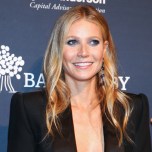 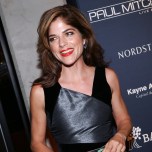 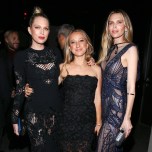 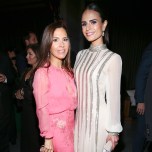 “Oh my god, you’re for real pregnant, this isn’t a padded up bump,” exclaimed Julie Bowen as she reached for Jessica Alba at the 6th annual Baby2Baby Gala, presented by Paul Mitchell.

Before getting into business mode, Alba joked, “I got pregnant so I could become a better ambassador.” The Honest Company founder was on hand to support the foundation’s efforts in breaking fundraising goals and to honor Gwyneth Paltrow for her work in assisting underserved children with the organization.

Joining Alba, a slew of moms also arrived to the black carpet at 3Labs in Culver City. Among them were Jessica Biel, January Jones, Kelly Rowland, Monique Lhuillier, Zoe Saldana, Molly Sims, Nicole Richie and Kristen Bell, who only had words of praise for Paltrow and Baby2Baby co-presidents Kelly Sawyer Patricof and Norah Weinstein.

“I feel like most of my female friends look up to her in someway or another,” Jones said. “I’m a mom, I also work. It’s not easy to juggle those things and I’m sure she doesn’t feel that way all the time, but she seems to do it very effortlessly.”

Lhuillier echoed saying, “It’s so wonderful what Baby2Baby does and Gwyneth has such a big heart to give back.”

Inside, guests roamed through dinner grazing from food stations by celebrity chefs including Jon Shook and Vinny Dotolo before bidding in a live auction that raised over $3.9 million.

Later, Tom Ford presented Paltrow with the Giving Tree award for being “perfect” in his eyes.

After thanking him, she called the audience to action. “I think we are living in very interesting times,” she said. “I think we need to rely on each other and our empathy to go into our communities to help and lift each other up. There are people who really need us.”

SWV was tapped for the night’s entertainment. “Baby2Baby only likes Nineties R&B throwbacks,” Patricof said. While the moment proved to be nostalgic for those who rushed the aisles like Chrissy Teigen, it was even more so for Rowland. “It’s so funny because today is the 20th anniversary of Destiny’s Child,” she recalled. “I remember when [SWV] used to come to Houston. They were the first group to come in to embrace us and invite us backstage. They’re like big sisters. It’s awesome to watch them.”

The music continued with a DJ-set by Samantha Ronson, and although they danced into the late hours, Patricof noted the interlude would be a short one. “Monday morning we’ll be back in the office because our work is never done.”