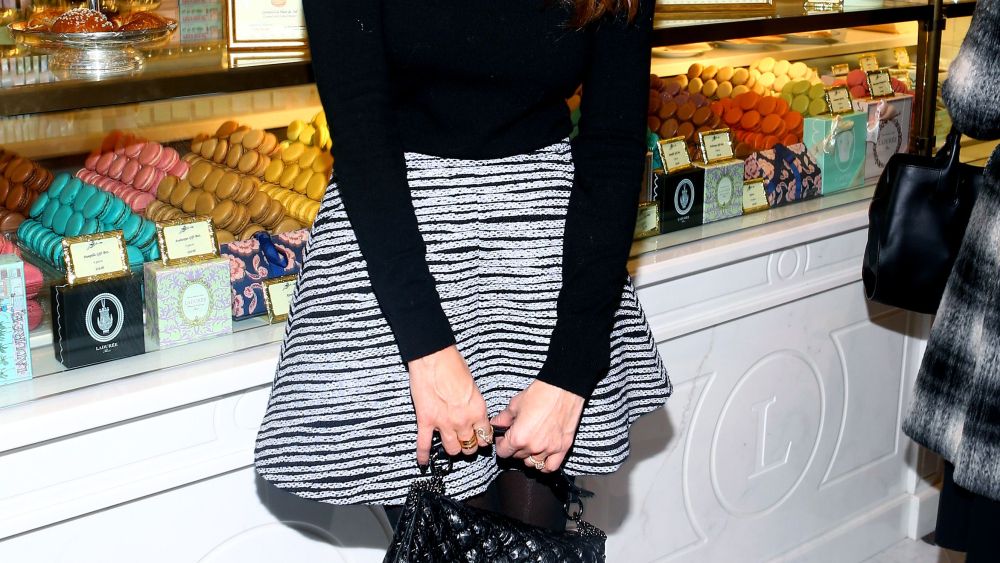 Jessica Alba and The Grove owner Rick Caruso teamed up to celebrate the opening of Ladurée at the retail center on Tuesday night. “They’ve been packed since they opened on Saturday,” said Caruso, who was counting on a holiday season debut for the restaurant and bakery. “Ladurée is one of the all-time great Christmas gifts,” he said.

On the lawn out front, guests including Kelly Sawyer and Jamie Patricof, Richard Stark, Johnny Hallyday, Brigette Romanek and Alana Hadid nibbled pastries and hors d’oeuvres beneath a canopy of white lights and an enormous Christmas tree.

“I like that it’s my friend’s joint,” said Alba, referring to Pierre-Antoine Raberin, who runs Ladurée’s U.S. operations with his wife, Elisabeth Holder-Raberin. “I can go in there, like, ‘Yo, this is my friend’s place,'” she said. Even though the pastry shop is now local, Alba said she’ll probably still buy the boxed macarons at the Paris airport.

“You can’t not buy them when you’re there,” said Sawyer, adding that Ladurée has also supported her kids’ charity, Baby2Baby. “We did a tea for some of the kids here on Monday and you should have seen their faces light up,” she said of the festive, pastel-colored setting and artificial snow.

Revolve cofounder Michael Mente also stopped by, taking retail pointers from Caruso and doing some last-minute Christmas shopping. “I wish I could find the perfect gift and buy 10 of them. I’ll probably end up on Amazon,” he said – clearly not thinking that Caruso is the owner of a brick and mortar shopping center.

Guests crossed the brick pathway to check out the new store, but most were drawn back outside by the music and lights. Indeed, the Los Angeles opening, the first for the company, was the only party that Holder-Raberin has ever held outside. “You could only do something like this in Los Angeles in December,” she said.