Jigging for a Cause at Artwalk NY

Tuesday night's fete benefiting the Coalition for the Homeless rounded out with a jig. 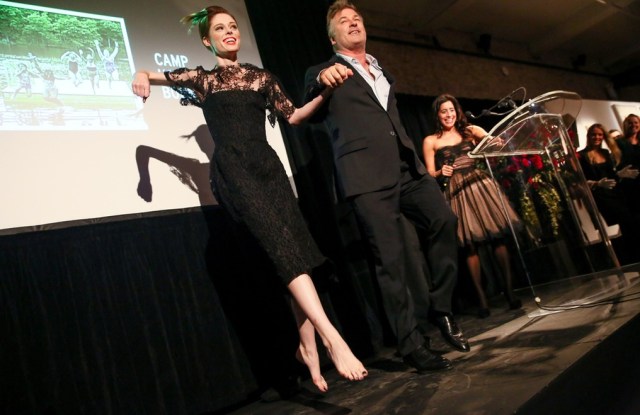 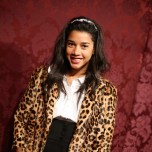 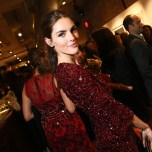 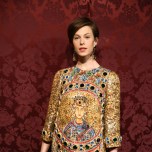 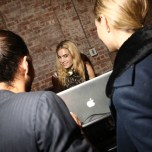 Tuesday night’s 19th annual Artwalk NY fete, benefiting the Coalition for the Homeless and underwritten by Dolce & Gabbana, rounded out with a dance of sorts. But this wasn’t your typical charity-party, post-Champagne-guzzle dance-floor shimmy. It was technically a jig.

“Maybe Alec Baldwin will join me if we hit 20 [donations],” cochair Coco Rocha, a model/trained Irish step dancer who twirled and kicked for attendees two years prior to drum up support during the live auction, said with a sly grin from the dais. Without missing a beat, Baldwin ascended. The model kicked off her heels and the two flailed about (she more successfully than he).

Ostensibly, Baldwin was looking to sustain the romp’s momentum. “This event never flags; it can’t,” he said earlier in the evening as partygoers were slowly filtering into Manhattan’s 82Mercer. “I think that sometimes the cause is a good cause and the event is slow, and sometimes the event is very fun and fizzy but obscures the cause. This is the perfect mix — fun and for a great cause,” he said, then taking the hand of his beaming wife Hilaria and shuffling inside.

Elizabeth Gilpin and Alexis Dahan wedged past on their way toward the bar. Misha Nonoo looked on as Chuck Close bid on a Warhol-esqe portraiture by Deb Kass. Natalya Poniatowski chatted up friends toward the back. Audrey Gelman blew in just as the guests were being corralled into the live auction area.

“When I was younger, like 16 or 17, I dropped out of school and ran away,” honoree Roxy Paine said as the crowd began filing in. “So I’ve had this experience of being homeless, so this cause is deeply personal to me.”

Casey Fremont plunked down in the back row while Rocha nestled in up front, directly behind Baldwin and Hilaria. Outside, as the auction was getting under way, Fabiola Beracasa and Laure Heriard Dubreuil plopped on chairs set up next to the photo booth.

“I think we both bid on food pieces,” Beracasa said of her silent auction pick. “I went for the hamburger,” she continued, motioning over to Walter Robinson’s “Friendly’s Big Beef Burger,” mounted on a far wall. “I don’t know if I won. I can’t deal with the follow-up. I just put my price down and let fate decide because it makes me too nervous to be on top of it.”

Dubreuil also stayed in the gastric genre, bidding on Sarah Kurz’s “The Morning After.” “It’s two eggs, sunny side up,” she said of the painting. “I think we were both hungry tonight.”