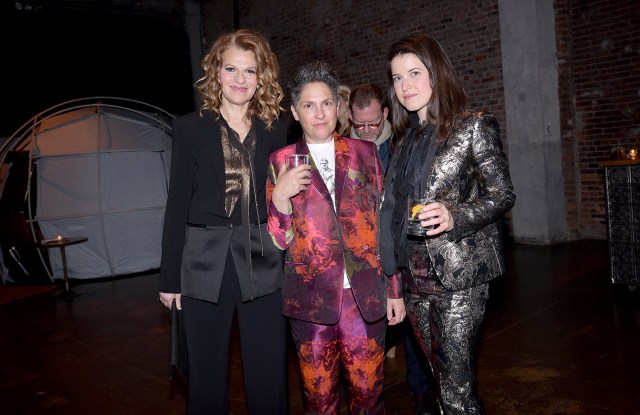 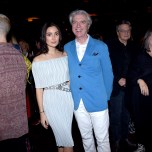 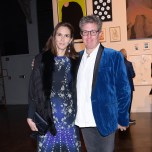 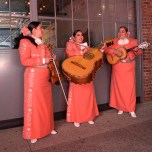 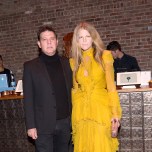 Jill Soloway would not be silenced on Monday night. The “Transparent” creator was honored along with David Byrne by Ballroom Marfa at its 2016 New York gala. After being presented with her “Off the Grid” award by Sandra Bernhard, Soloway made her way to the podium to give an acceptance speech. She was met with cheers and applause by many, but from one male audience member in particular, she received boos.

Soloway read Zoe Leonard’s 1992 poem titled “I Want a President” during her speech. “I want a president who lost their last lover to AIDS, who still sees that in their eyes every time they lay down to rest, who held their lover in their arms and knew they were dying,” she read. Before she could get out the next line, Soloway was met with an especially loud boo from an audience member. She paused for a moment before continuing on. “Wow, here we go, guys,” she said. “It’s happening. The matriarchal revolution. I love it. Give it to me!” She didn’t receive any more boos after that.

Ballroom Marfa’s gala, sponsored by Roberto Cavalli, came with a theme: desert bohemian. “When I think of how we dress in Marfa, how we carry ourselves in the desert, we like to feel at ease,” said cofounder Fairfax Dorn. She, naturally, wore Cavalli.

“We picked the honorees because Ballroom is very much about culture without boundary,” Dorn continued. “We wanted to honor people who redefine ideas of what is possible. So that’s why we chose Jill Soloway and David Byrne. Both of them, in very independent ways, pushed back in their own work. They keep redefining their own art and what it means to be human.”

Among those in attendance at the gala were Poppy Delevingne, Lauren Santo Domingo, Grace Fuller and Adam Weinberg. Leo Villareal and Rashid Johnson had donated pieces of art for the auction: an LED, custom software light shaped like a target and a piece called “The Crowd” made of white ceramic tile, black soap and wax, respectively.

“I feel really grateful,” Soloway said earlier of being honored by Ballroom Marfa. “I think they’re an amazing organization. We’re making a TV show [for Amazon] called ‘I Love Dick’ [with Kevin Bacon] in Marfa right now. The TV show is really about returning the gaze, looking back at patriarchy. It’s about women claiming their voices as artists, as filmmakers, as human beings, as subjects. Marfa is like this place that’s always this holder for art that’s of the moment. I just feel so lucky.” She wore a suit that she said was designed by Andrea Longacre and tailored by Phillip Lim’s father.