The brand hosted a dinner for its 20th anniversary and to celebrate two store openings. 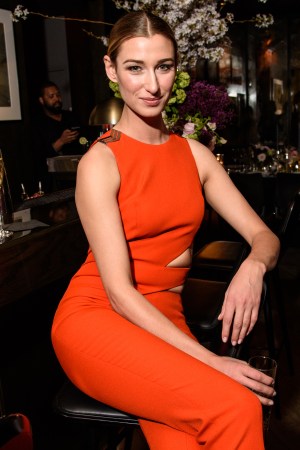 “The brand has grown up as the luxury world has totally changed and evolved over the past 20 years,” Sandra Choi said on Thursday night, in her gentle British lilt.

The Jimmy Choo creative director was by the bar of 11 Howard’s The Blond where a swirl of “It” girls — Lauren Remington Platt, Sabine Heller, Jessica Joffe, Olivia Palermo, Genevieve Jones — were sipping Champagne. They’d gathered to toast the brand’s 20th anniversary as well as a pair of store openings in New York — one down in SoHo, the other uptown on Madison — and Choi was getting reflective.

“You know, we really grew up during the ‘Sex and the City’ years so that girl power, that feeling of getting dressed up, enjoying fashion and being independent, that really distills the Jimmy Choo brand,” she said.