Joan Juliet Buck on Which Fashion Magazines She Thinks Will Survive

The former French Vogue editor celebrated her new memoir, "The Price of Illusion." 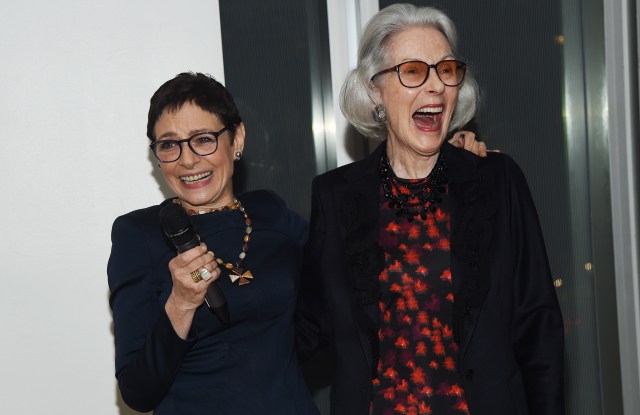 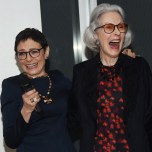 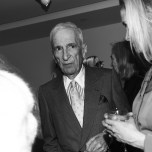 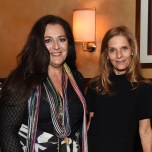 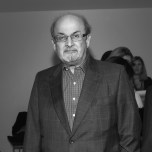 “Is there a smoking balcony around here? Is there any chocolate? There’s cheese? Sheep cheese or cow cheese?”

Joan Juliet Buck, the woman of the hour Thursday night, was being waited on by a friend, receiving a plate of “pig products” to nibble on between conversation — and such moments of pause were few, given the enthusiasm with which she was greeted.

“We won’t be here long,” said Gay Talese Thursday night to a young man working coat check, from the lobby of the Museum of Art and Design. The writer — who ended up staying longer than indicated — was one of many squeezing into an elevator for Buck’s book party in celebration of her memoir “The Price of Illusion,” which drew Candace Bushnell, Salman Rushdie, Sandra Brant and a large portion of Condé Nast’s alumni registrar.

“Joan is an old friend of mine, and I think she’s very smart and very funny. And I think the book is like that — smart and funny,” said Rushdie, who is featured on the inside sleeve. “Right now, I think everybody is so goddamn miserable that this might be just what people want — because the world is so gloomy, but to have something hilarious is a good thing.” He then caught sight of the woman of the hour and hollered after her “Joan! What the fuck are you doing?” before hurrying off to try and catch her.

“I knew her before she was a teenager, through her father,” said Talese. “Her father Jules Buck was a manager of Peter O’Toole, and Peter O’Toole was a subject I wrote about in 1963. I went to London and I met Peter O’Toole and his manager Jules Buck and this little noisy girl named Joan Juliet Buck…but then as time went by, she grew up and kept in touch with me, young girl in New York.”

“She’s had a lot of experience with a lot of achieving people and a lot of disappointing people,” Talese continued. “The people she knew and continues to know are people that have been celebrated, but also know something about the downside of celebration — which is, if not oblivion, certainly obscurity, or being out of favor. She had a healthy dose of the limelight, and the dark side of success, which is being forgotten. She knows that. She’s had a bit of that herself — we all do. So she’s a wise woman for her age — I think everybody’s young. I’m only 85 myself.”

Buck’s longtime Condé friend, former Brides magazine editor Barbara Tober, played host. “Barbara Tober and I had the same education, which is called Condé Nast,” Buck told the crowd. “And as so many people in the room know, it is an entity that was halfway between finishing school and,” she passed the microphone to Tober, who answered “hell.”

Having settled in a chair off to the side, a plate of sheep cheese in front of her… “and I hate the taste of goat — goat cheese is just vile” — the writer continued to field hellos, as friends came up to remark on her return to the New York scene.

“I’ve been removed from fashion, really, since I left French Vogue,” Buck said. “I have one designer friend who I absolutely adore, Zac Posen. But I won’t go to his shows — I might go backstage. I’ve never liked the atmosphere around fashion shows. But if I have a friend who’s a wonderful designer I want to see what he’s done on the exciting day.”

One such friend is Angela Missoni, whose show in Milan Buck didn’t attend, but she did take it in online, and immediately requested one of the pussy hats that Missoni sent down the runway. In a climate where fashion magazines are finding their way through if — and how — to engage in political coverage, Buck seemed in favor of the notion.

“Everything is part of culture, everything is part of the present moment,” she said. “When you lock yourself away to do a book, your best friends become the characters in Borgen, the Danish series…your best friends become the characters in the TV you’re watching. And it’s very nice now that my book is done and out, to realize that I know human beings who exist in the world.”

Many of those human beings are in the magazine business, which Buck sees staying alive, so long as creativity is involved.

“I write for Harper’s Bazaar, which I truly love because they let me go where the essay takes me,” said the former editor. “I think a magazine like Harper’s Bazaar — that’s quirky, and individual, and strange, and not formulaic — will survive. It’s basically a box of surprises. I’ll read books or the news on the iPad. But I sometimes feel like I’m watching TV in an aquarium.”

Across Columbus Circle after the signing ended, some 20 close friends of Buck’s sat for dinner at Gabriel’s. Missoni arrived with pussy hats in tow, which she doled out to a requesting friend.

“We love the pussy hat,” Bushnell told MAD’s Maureen Nash, who’d been crowned with the pink hat. “I’ve been obsessed with it since I saw it on the runway,” said another guest, who apparently had missed the hat’s origin at the worldwide women’s marches.