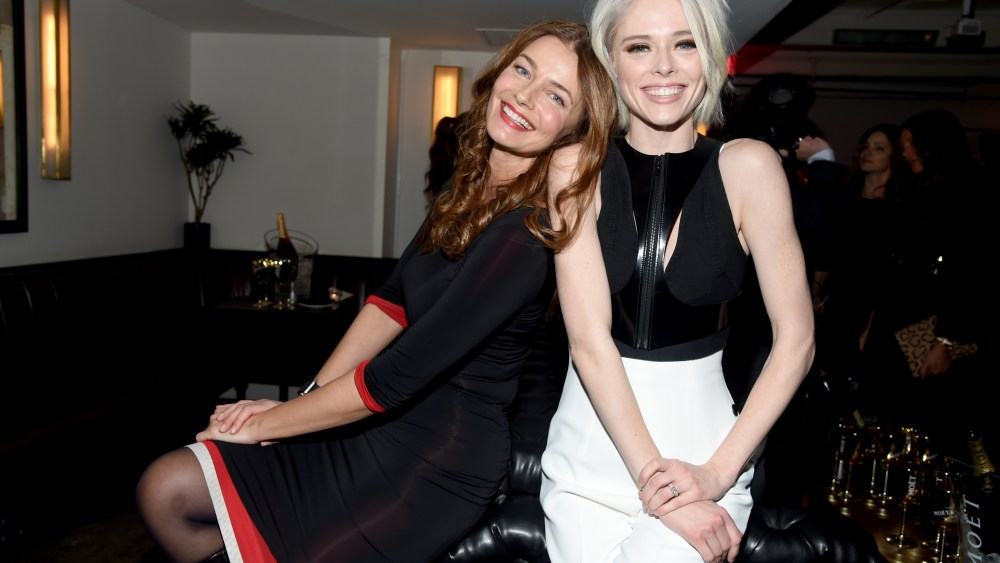 It’s only fitting that the man behind the careers of Naomi Campbell, Linda Evangelista, Christie Brinkley, Cindy Crawford and Stephanie Seymour has been dubbed “The Man Who Loved Women,” — and those who were treated to a screening of such an aptly titled documentary saw just how true the moniker was.

Coco Rocha, Tali Lennox, Vinoodh Matadin and Inez van Lamsweerde, Anh Duong, Adam Lippes and Craig McDean ventured out of winter hibernation Thursday for a screening and party at Metrograph, hosted by Moët & Chandon, of “The Man Who Loved Women,” a new documentary about the life of Elite model management founder John Casablancas.

“Working with John was an incredibly educational as well as fun and a sometimes challenging experience,” Evangelista said in an e-mail following the party. “He treated models as business partners, and was probably the first agent to encourage models to see themselves as a brand. Many agents made me feel that they believed in me, but John was probably the first to say ‘Linda, I believe in you,’ and that will always stick with me.”

“I guess it’s celebrating the supermodels,” Anne McNally offered of the evening. “One more time. I guess it was awhile ago, and Hubert [Woroniecki, the film’s director] did that movie, and so we can see what happened then. I think it’s all over [now], and I used to love the supermodels. I guess now it’s a different time. The models are not like those — they’re still pretty and everything, but it’s very different — more serious.”

The film, which was narrated by Casablancas in 2011 shortly before he was diagnosed with cancer and died in 2013, follows his life, from his birth in New York to Catalan parents and schooling in Switzerland, to the early days of Elite in Paris. He gives detail in recalling losing his virginity, his three marriages and relationship with Stephanie Seymour, when she was but 16 and he was in his forties, and the reasoning behind Elite’s logo (it’s mean to resemble male genitalia — now you know).

“I was a model at Elite,” Rocha said of what brought her to the event. “The agent who found me, Roman Young, John Casablancas was a mentor to him, so being around Roman and hearing the great stories he had…plus, Roman and I are partners in a new modeling agency. So just to come here and see from one of the real deals, as we’re trying to create our own business now, with 60 models, it’s fun just to see how he did it.”

Rocha sported newly platinum locks, which she committed to for the Balmain hair campaign in the fall. “I’ve always wanted to [dye it] and Nabil Harlow who is the head of hair there always knew that, and so we finally made it happen. The first few days it was really shocking in the morning, but you get so used to it — to the point where now when I see brown hair I’m like ‘who is that?’”

Rocha said she doesn’t yet have plans for fashion week, but that it’s been on her mind, thanks to her social media feed. “People are talking about that and I’m like ‘fashion week, already?’ I’m seeing on Instagram people putting up [photos] — is it men’s fashion week already? Is something happening in Milan?’”

“Every week there’s a fashion week somewhere,” her husband, James Conran, interjected. “Someone should make a documentary about that.”