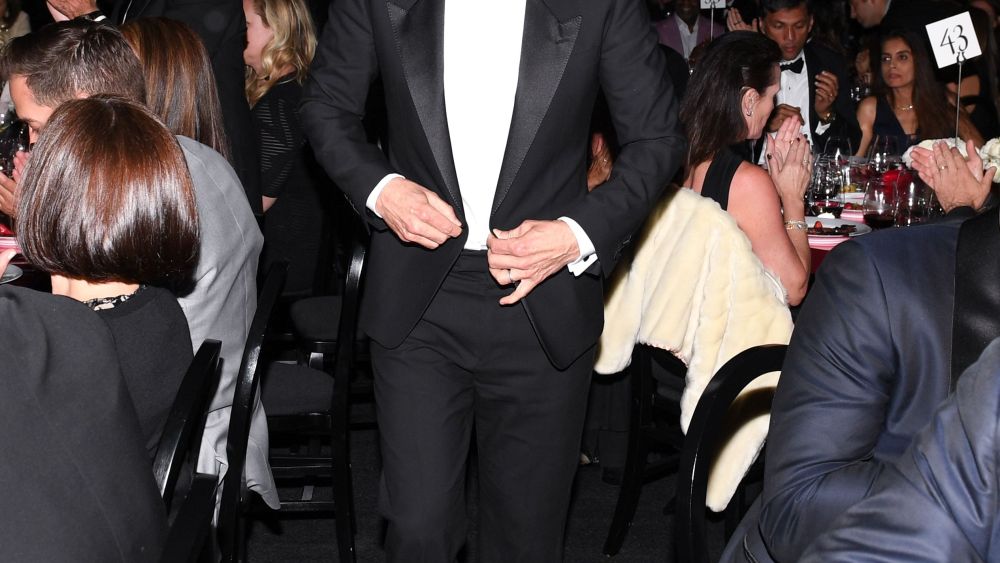 It always seems to be a Jeff Koons moment, but this weekend, in Los Angeles, it was particularly so.

The opening of an exhibition of new work brought Jared Leto, Leelee Sobieski, Lilly Tartikoff Karatz, Mike Ovitz and Tamara Mellon, and Maria and Bill Bell to the Gagosian Gallery in Beverly Hills on Thursday. (Koons’ wife Justine carried a tote from the artist’s collection of just-released Louis Vuitton bags.)

Meanwhile, much of the same crowd — with Ricky Martin, Sean Penn, Sharon Stone, Ryan Seacrest, Paris Hilton and Pierce Brosnan thrown in to spice up the celebrity quotient — dressed in black tie for Saturday’s annual Museum of Contemporary Art Gala at the Geffen Contemporary. That evening also honored Koons.

“We’re really celebrating Los Angeles,” Koons said, in a tent decorated with red circular balloons meant to evoke some of his work. A dessert that featured a chocolate hazelnut Napoleon in the shape of a small dog, created by Wolfgang Puck, was designed to do the same. “Marcel Duchamp has Philadelphia. That’s where they have the largest concentration of his work. If you would like to view my work and interact with it, come to Los Angeles.”

That said, explained MOCA director Philippe Vergne, “If some of you do not know who Jeff Koons is, it means you have been living under a mountain of Play-Doh.” He was referring to one of Koons’ most famous oversize sculptures, which the Bells have on display at their home in Malibu. (They had a party there on April 26.)

China Chow held onto a silver Anya Hindmarch crisp packet clutch as she posed for a Flipagram among Ruby’s sculptures. “It’s got that hard mirror finish,”  Chow said of the handbag. “It’s the most Koons-y bag I own.”

Meanwhile, Patricia Arquette showed up in holographic red, white and blue sunglasses and a T-shirt featuring a likeness of Donald Trump, riding on a tank.

“It’s bombastic and insane. Money is flying everywhere and there’s an explosion and eagles,” Arquette said of the T-shirt, which she purchased at the airport in Washington, D.C., for around $30. She noted that the label said it was dyed and printed in the U.S.

“It’s not really Koonsian at all,” Arquette admitted. “Though they do share a spirit of comedic irony and playfulness.”