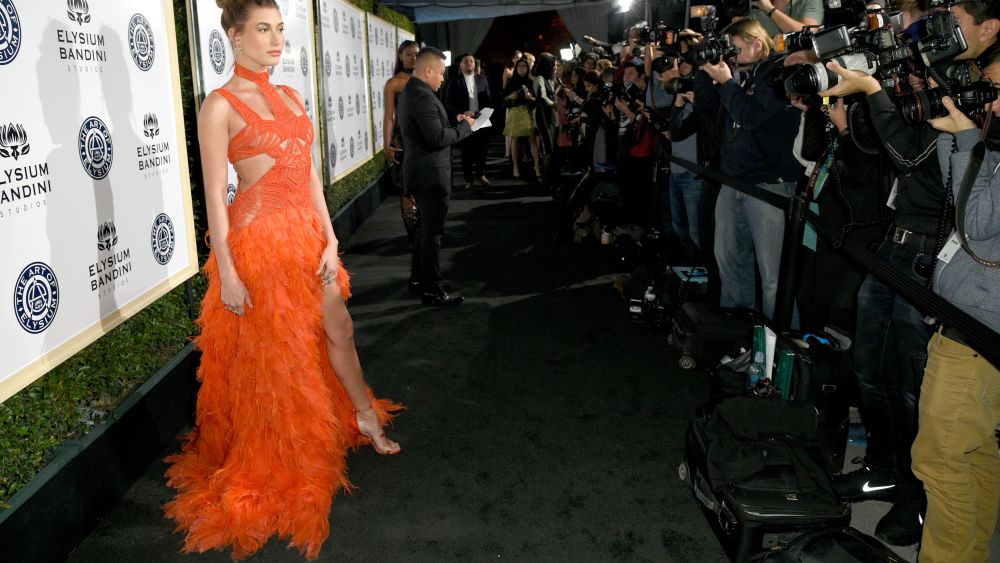 For the majority of Hollywood, Saturday night marked the eve of the Golden Globes, but for The Art of Elysium, it served as a moment to celebrate the charity’s 20th anniversary and 10th annual Heavan gala.

To celebrate a decade of doing good, celebrities who have given back to communities in need through art such as John Legend, Chrissy Teigen, Nick Jonas, Amber Heard, James Franco, Quincy Jones, Kristen Bell and Evan and Ashlee Ross came to Red Studios, where the 2017 Visionary recipient Stevie Wonder transformed the space into his idea of Heaven.

“This is something that I live for every day and write about in the music I create,” Wonder said. “Heaven is love, equality, caring, fairness and understanding that we all have to live together and do it effortlessly.”

As cocktails were served, guests walked into a waterfall of light and then into a dark space with black decor. While the lighting wasn’t exactly designed for selfies, guests were later given aviator sunglasses by Revé to wear throughout the event.

The absence of sight helped heighten other senses like smell. After the first course of the three-course meal, a sprig of freshly cut rosemary was served simply for aroma. And of course, with a 22-time Grammy award winner as an honoree, sound reigned supreme. The night featured various musical performances from a gospel choir, Moses Sumney, and Wonder himself, who evoked a standing ovation even before he began.

“We’re excited about Stevie Wonder,” Ross said. “He’s like a family member to me. I grew up knowing him and I love him to death. I love his idea of Heaven on Earth.”

The event, which was co-chaired by Dr. Gabriel and Christine Chiu, Sarah and Gary Magness and Kaily and Ada Westbrook, also honored Camilla Belle with the Spirit of Elysium award. She thanked her mother, saying, “She always taught me the one thing we all have is our time and that’s priceless.”

Beyond entertainment, the event’s focus was to increase awareness and raise funds through a silent auction. For attendees like Legend, who will be 2018’s Visionary, it was an “honor.”

“Music is very healing for me,” he said. “It’s helped me get through some tough times in life. The job of an artist is to communicate the truth as they see it and make the world more beautiful and inspiring. What I love about the Art of Elysium is that they’re using the power of art to make the lives of people who are unfortunate enough to get sick, they’re using that to make their lives better.”