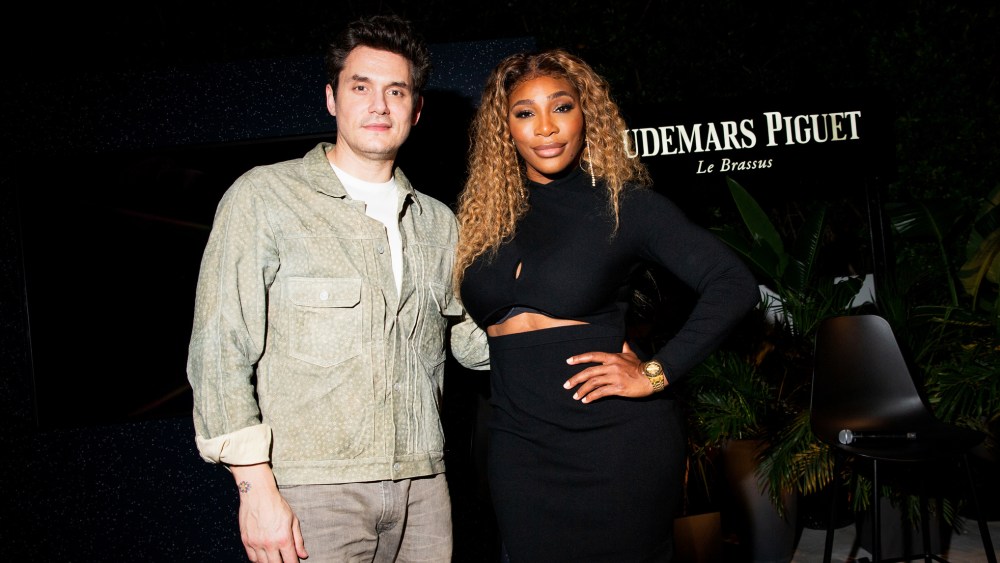 Wednesday in Miami, the evening of parties — which only continue to swell in number as the week progresses — kicked off with a tasteful, composed affair for Audemars Piguet. The watch brand was celebrating the launch of the new Starwheel product, the first launch at Art Basel in AP history.

In honor, Audemars Piguet chief executive officer François Henry-Bennahmias sat for a conversation with John Mayer, a major watch fan himself. Also in attendance was fellow Piguet ambassador Serena Williams, who last was guest of honor at an event for the brand during New York Fashion Week.

Mayer chatted with the room about his passion for watches and collecting.

“When you look at a picture of a watch, it comes down to one question: Do I want to eat it or do I not want to eat it?” Mayer said. “And when I say eat it, I just mean that overhyped, all your senses wake up and you go, ‘I want to use every sense on this thing right now’ feeling. That to me is how I see design.”

Henry-Bennahmias also teased that AP and Mayer are at work on a collaboration.

“We’re going to make a baby together,” the CEO told the audience.

“Now you’re sounding like me, saying a metaphor that nobody understands. That’s my job,” Mayer said. “What does that mean?”

“That means that there will be something that we will be working on with AP that will be really, really stunning,” Henry-Bennahmias replied. “It’ll be ready in 2024.”

“We are making a watch together, it is the joy of my creative life,” Mayer said.

The musician was asked how he chooses which watch to wear each day, to which he explained that while he used to wear a different one each day, he’s now favoring a more routine approach.

“Normally the rule of thumb was leather strap, complicated watches were sort of like jazz music, and jazz music was for the fall and winter. And then the sportier, steel ones were for the summertime, since you can sweat in it. I’m getting to a place, just like I think [about] all collecting, whether it’s a style of clothing or art, whatever it is, I’m starting to get a little more uniform about what it is I want to wear,” Mayer said.

“When I was younger, it was, ‘How can every day be a different expression?’ Now most of it is put away and I really enjoy a very small collection of things that I relate to right now. Same way with clothes: I’m jeans and boots now. Jeans, boots, T-shirt and jacket and off you go. And I think that’s sort of applying itself to watches as well. And the great part of that is that a 180 could come again in five years and all of a sudden it’s a different watch every day. That’s the cool thing about collecting: sometimes you baby something, and sometimes you’re like actually I’m giving this one to myself. That one I’m going to put scratches on it. That somehow to me is the greatest expression of loving a watch is the day you put scratches on it.”