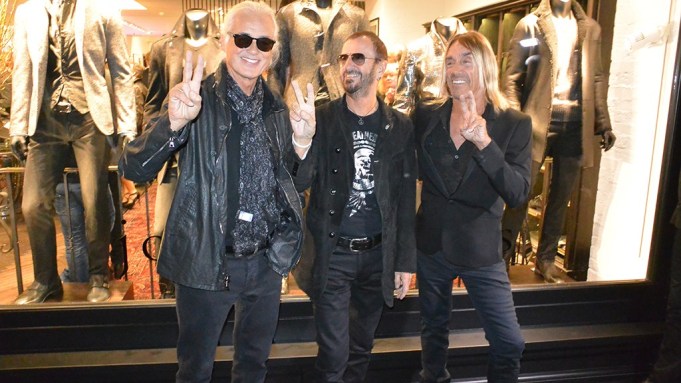 ROCK OF AGES: London’s Conduit Street was closed off Wednesday night to make way for a lineup of longtime celebrity crooners who were invited to the opening of John Varvatos’ first European store in London.

“It’s like a dream of mine – first of all, as a kid to come to London – but [also] to be able to open a store here – our largest store in the world,” said the designer, who walked down the black carpet leading to the store with Starr, Page and Pop.

A London Routemaster bus parked out front was a signpost of the party for guests, who also included Leah Weller, Nat Weller, The Struts, Paul Cook, Say Lou Lou and Dan Stevens.

Swedish rock band The Hives held a private concert on the lower level of the Mayfair store, which opened Aug. 8.