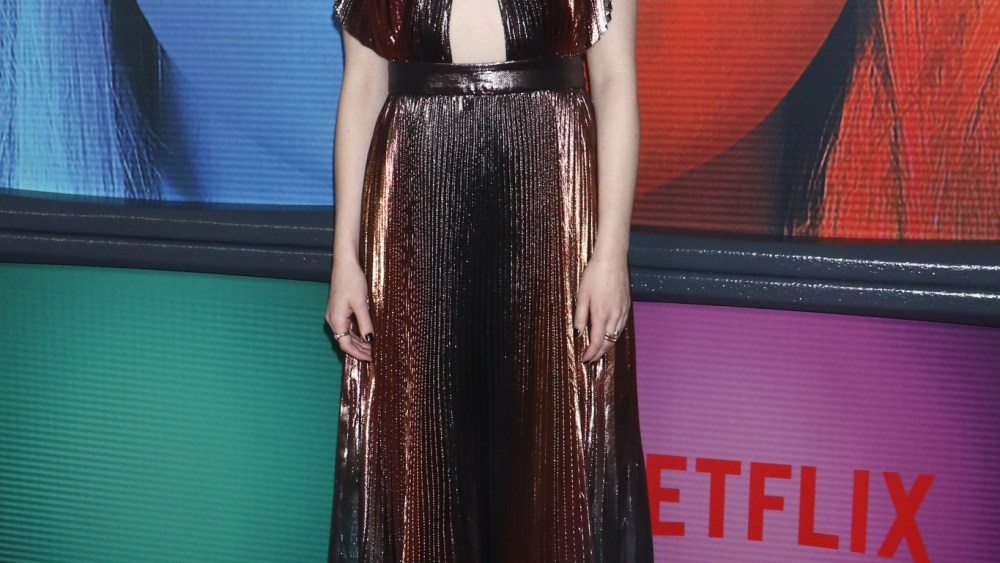 The cast of the Netflix show “Maniac” — Jonah Hill, Emma Stone, Justin Theroux and Billy Magnussen among them — embraced one another, both physically and figuratively, in New York City on Thursday night at the U.S. premiere for the miniseries.

Theroux, rocking a ripped shirt and a tan, had just come back from the world premiere in London. He admitted everyone was a “little tired.”

“But this is the last home stretch,” he said.

In London, he told reporters there that he and director Cary Fukunaga worked at his character Dr. James Mantleray, making him more multidimensional and giving him more of a narrative. They subsequently gave Mantleray a complicated relationship with his mother, and a wig that he wears to work thinking that no one knows his huge black hairpiece isn’t fake.

“It was very open-ended,” Theroux explained. “Mantleray was not very well-defined as far as what his look was, his attitude, or his behaviors, really. Then once I started to think about it, I was like, ‘This is a very complicated man. There’s a high level of dysfunction that goes on in him.’ My feeling was that we should present him and dress him in a way that represents that. Here’s a guy who’s so vain and so strange. It gave him a vulnerability that I really like.”

On the carpet, eight-year-old Aaralyn Anderson walked up and down holding a stuffed animal and saying hello to nearly every member of the cast when they arrived. Upon seeing Hill and Stone pull up — Stone in a metallic dress and sparkly eye shadow and Hill wearing blue blocker lens sunglasses — she ran toward them, only to be stopped by a publicist who pointed out they were taking photos. Once the two were all done in front of the cameras, though, Hill went straight in for a hug.

“I have a beard!” He told her, tugging on his facial hair.

Hill and Stone did interviews together. Side by side, they laughed and bantered with one another while answering questions.

When asked about how their casting conversation with Fukunaga initially went down, they both relayed the story.

“Cary and I were just hanging out, and we were talking about the show and who would be in it,” Stone said. “Cary said, ‘You know what’s crazy? I’ve been hanging out with a friend of yours lately.’ I was like, ‘Who?’ He was like, ‘Jonah.’ So we FaceTimed Jonah, then we went directly over to Jonah’s apartment, all in the same night. It was—”

“It really was—” Hill piped up.

“It was an instantaneous thing,” Stone said. “It all happened at once.”

“Easiest job I ever got,” Hill added. “Two people just showed up at my house and were like, ‘Do you want to do this?’”

Stone provided the happy ending: “He was like, ‘OK!’”

Fukunaga was the last to walk down the line. He’s been appointed as the next “James Bond” director, and has said that he wanted to work on the film in the past; for him, the fact that he’s actually doing it is still sinking in. The press is hailing Fukunaga as the answer to the franchise’s recent troubles. But the Oakland, Calif., native took a beat last night from the hype to discuss the impact his hometown has on his work.

“I think, growing up in the East Bay, everyone’s mish-mashed together. I didn’t even realize racism or social class divides were apparent until I left the East Bay,” he said. “I think I’m also just pretty open to the world and to new ideas, as well.”

A New Era at the Philharmonic Tunes Up

Ralph On the Mound