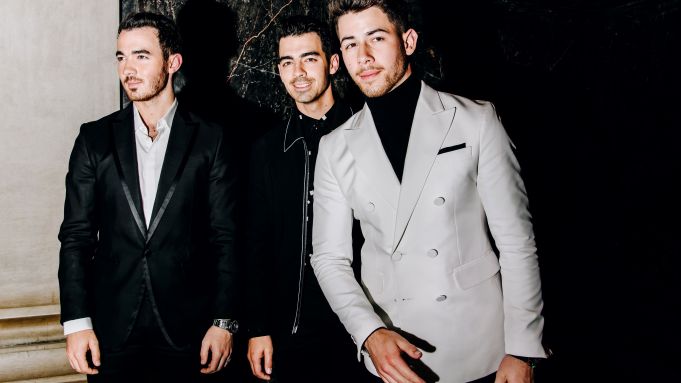 Turns out, Bill de Blasio wasn’t the biggest draw of the evening.

That award might have gone to John Mulaney, who hosted this year’s American Museum of Natural History fall gala and roasted the New York mayor after he gave his speech and left the building. The stakes to deliver a few laughs for the crowd were high. The “SNL” cast past and present was out in full force once again thanks to the continued support of gala chair Lorne Michaels. Colin Jost, Kate McKinnon, Tina Fey, Kenan Thompson, Aidy Bryant, Heidi Gardner, Beck Bennett — and even more — had a front-row table seat for the evening’s marquee performances.

And based on the number of hands swaying in the air as the night went on, the gala saved the best for last: the Jonas Brothers. “We spent many a school trip at this museum,” said Nick Jonas, who readily admitted that the crowd skewed much older than their usual concert demographic. He also offered explanation before several of their archival songs just in case the suited crowd was a bit lost as to their reunion journey: the band broke up and he struck out alone with “Jealous”; Joe Jonas formed another band, DNCE, which has churned out at least one popular wedding reception song, “Cake by the Ocean.” And while you probably forgot about him, Kevin Jonas started a family.

After rounding out their set with their latest hit — “Sucker” — Bennett managed to snag a selfie with the trio, afterward pumping his fist victoriously in the air.

But back to the evening’s raison d’être: the museum, and supporting its various educational programs.

“It’s in my neighborhood, I know a bunch of people, it’s the only time I eat underneath a whale all year, that I know of — and it does a lot of good to raise money for the museum’s education programs,” said Fey of the gala’s appeal. (And for the record, her favorite Jonas Brothers song is indeed “Sucker.” “Because it’s on every single day when we drive our kids to school,” she added.)

Another benefit of the gala is that it’s introduced many New York transplants to the museum.

“My first time I think was one of the galas,” said Thompson. “I used to watch ‘Night at the Museum’ when I was little, but I’m not a New Yorker.”

“I think it was for this benefit,” said Beck Bennett, a Chicago native. His first impressions include the giant dinosaur inside the museum’s lobby. “The marble is really the second thing that stood out,” he added, glancing at the lobby’s floor and columns. “And the whale.”

Ah yes, the famed great white whale. If not the whale, then what?

“I think I’d like to eat under like a cute baby hippo. It can be little, it can just be over me,” said Gardner. “But I’d love to look up and see that.”

Alec Baldwin, who’s had a steady gig on the late-night sketch show thanks to his Donald Trump impersonation, had come out for the evening with wife Hilaria Baldwin; the pair has been ardent supporters of the city’s various cultural offerings, and make a point of taking their children to see the sights.

“Otherwise, why live here? I can move to Westchester tomorrow and be perfectly happy and avoid the strange,” he said. “This is why we grow up here: to go to the Met, to go to the symphony, to go to Broadway, to see some stuff,” he added. “If you’re here, you have to take advantage of it.”