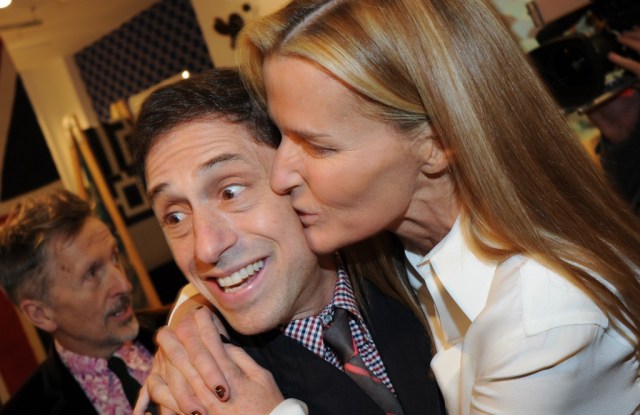 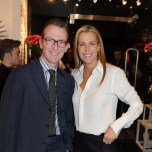 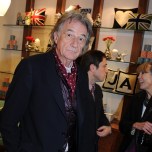 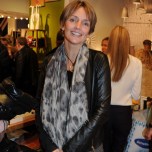 LONDON — “I’m a raging Anglophile and I’m always looking for an excuse to come over here,” Jonathan Adler declared as he surveyed the crowd at the launch of his first international store on London’s Sloane Avenue on Wednesday night. “Starting my international expansion here was the natural choice, as it means I can be close to my beloved V&A and ensconce myself at Claridge’s.”

Adler’s store is full of quirky furniture and gifts that embody his “happy chic” aesthetic. Slogans such as “You deserve a hip happy home” or “Every room needs a dash of chic and a dollop of socialite” decorated the walls and tickled the guests in attendance including Simon Doonan, Saffron Aldridge, Sydney Finch, Ashley Hicks, and Angelica Hicks.

Sir Paul Smith stopped by to give Adler a “warm welcome to the neighborhood.” With his own store only a few feet away, Smith said he was hoping the two of them could share “cleaning ladies, vacuum cleaners, dusters — but not ideas. I think he’s too good at what he’s doing and I’m doing alright too.”

India Hicks had opened her address book to pack the store full of potential buyers, many of whom were stocking up on Christmas gifts, including her range of jewelry, which was being given pride of place in the store.