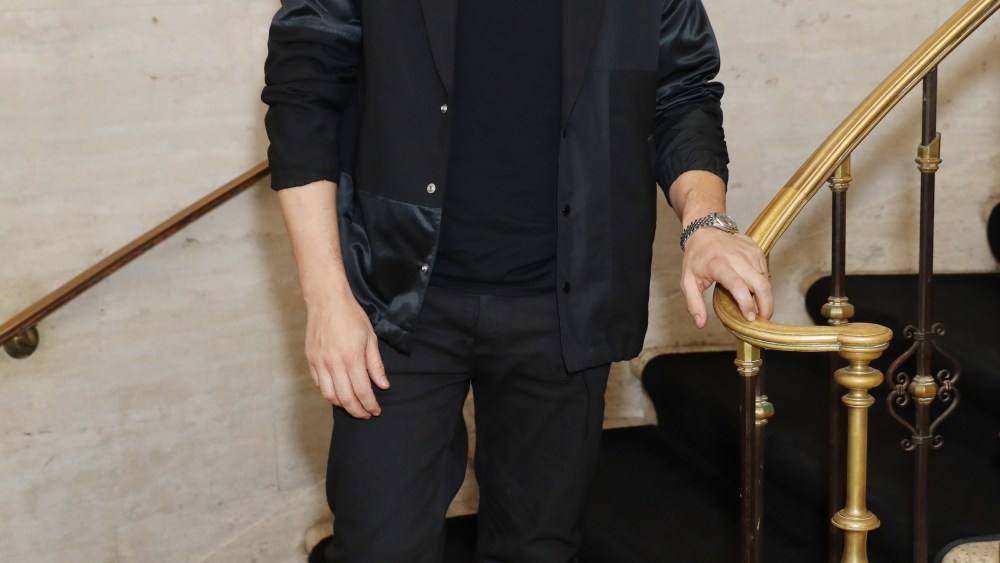 Matchesfashion.com has officially moved to Manhattan — well, temporarily, at least. The brand celebrated its 30th anniversary with a private dinner party hosted by co-executive chairman Tom Chapman at 2 East 63rd Street. The event drew designers such as Adam Lippes, Joseph Altuzarra, Jonathan Saunders, Harley Viera-Newton, Caroline Constas and Rosie Assoulin, who mosied around the townhouse to view various clothing displays that spanned five of its rooms.

“I really do believe that the future is all in online shopping,” Constas shared next to a setup of about a dozen mannequins. Three would eventually fall prey to the domino effect after a guest accidentally posed too closely to one. “A lot of designers especially are really focusing their energy on online and partnering with their online retailers to make sure that their vision is translating to that platform. I think it appeals to a wider audience and it’s where the industry is moving.”

The future according to Constas is online, but for Altuzarra, there’s room for both. “I actually shop online and in store so I’m partial to both,” he said. “It’s really important to recognize that today, people do both and that as a designer, you really have to have a physical presence in stores but also have the right partners online. I think Matches does it really, really, really well.”

Guests enjoyed a dinner of seaweed and tofu beignet, fluke crudo and whey-braised lamb shoulder — a menu chosen by Ari Taymor of Alma at The Standard Hollywood.

Despite the lingering cold weather, designers seemed to have spring cleaning on their minds.

“I’m the untidiest,” Saunders confessed. “I’m terrible at losing things….I’m terrible at buying the same thing. I have about seven bomber jackets and about 10 pairs of navy trousers. I wear the same things in rotation all the time, so probably to edit that would be a good idea.”

Altuzarra, on the other hand, doesn’t believe in a time limit for clothing items — “I’ve had things a really long time and I like that.”

“Anything that I haven’t worn in about six months I just throw out or obviously donate,” she said. She does, however, make an exception for shoes.