The "Veep" star and the casts of "This Is Us" and "The Crown" were among the partygoers out ahead of Sunday's awards ceremony. 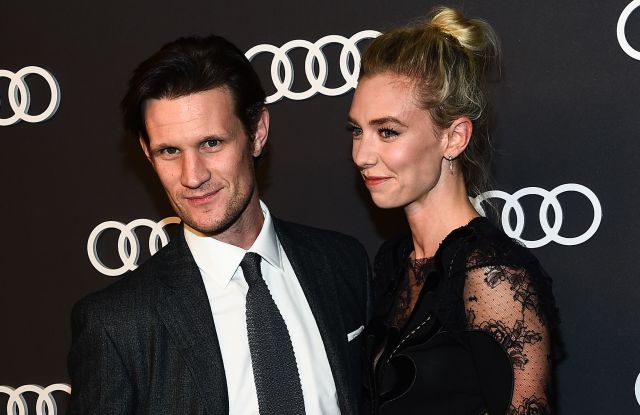 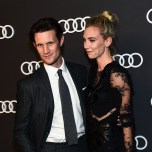 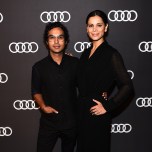 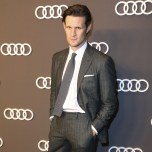 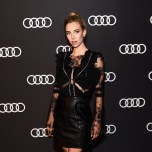 “It’s a fancy people party,” Julia Louis-Dreyfus said moments after arriving at Audi’s pre-Emmy bash on Thursday night. Held at The Dream Hotel’s The Highlight Room rooftop, the Emmy nominated “Veep” star couldn’t wait to soak up the swanky scene. “The guy who brought us here in the Audi said, ‘Wow. This club is really happening. I’ve heard it’s, like, the best club in L.A.,’ and I’m like, ‘Oh. Cool. Who knew?’”

Despite being a perennial Emmy winner, Louis-Dreyfus admitted she still battles butterflies before the big day. “I’m nervous, per usual,” she said. “I’m hoping that we win. That would be really, really exciting.” As for choosing a dress, the comedian shared, “There’s always a little chaos leading up [to the show]. I’m going in for another fitting tomorrow and then Saturday I have a feeling I’ll have another fitting. There’s always an element of chaos and there’s always a little something that goes wrong and then we get past it.”

Moments later, Iliza Shlesinger shared that she’s a big fan of Louis-Dreyfus. “I hope ‘Veep’ wins everything, even the drama categories,” quipped the comedian, whose book “Girl Logic: The Genius and the Absurdity” is out in November. Shlesinger said she hoped to meet her at some point during the night. “I’m going to stalk her,” she said. “After a couple drinks, tonight is the night. Watch out.”

Elsewhere, self-proclaimed “Emmy virgin” Matt Smith caught up with his “The Crown” costar Vanessa Kirby, who proved excited to discuss her dress for Sunday’s ceremony, though she was tight-lipped about its designer, saying cryptically, “It felt right. I love the designer a lot and it feels great to support women because they’re women.” Kirby worked with stylist Micaela Erlanger to select it. “I was getting on a plane from New York to L.A. and I sent Micaela a note, ‘That’s the one.’ She was like, ‘Let’s do it.’” Kirby paused before saying, “So let’s hope for the best.”

“This Is Us” nominee Milo Ventimiglia made a late-night appearance while his costar Justin Hartley attended earlier. Hartley gamely answered a few questions on the carpet, but once talk turned to his costar Mandy Moore’s recent engagement, he seemed eager to get inside. “I wasn’t expecting that,” he told his handler as they left the black carpet.

“We’ll be slipping out at 10 o’clock,” Gavankar said. “We’re going to an escape room,” Thompson explained. “It’s only my second time going. The first time Evan Rachel Wood took me and we didn’t get out of the room, so I’m very excited. Carrie Brownstein is coming with us and she’s only gone twice and she’s gotten out every time, so tonight I’m getting out of the escape room while wearing this dress.”