This year, the event benefited the Airs Foundation — a nonprofit that offers breast reconstructive surgery to women who've had mastectomies. 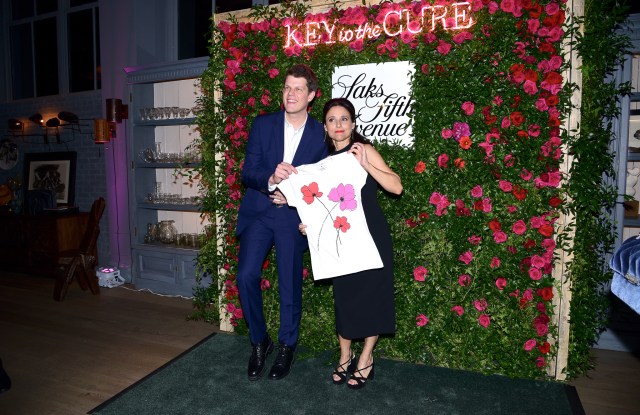 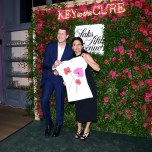 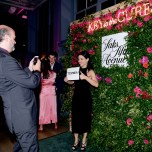 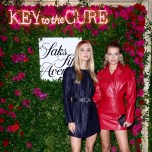 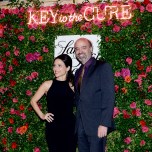 Last night at the all-day café La Mercerie in New York’s SoHo neighborhood, the tables were moved out of the way and the couches in the back room were shoved aside to make way for Saks Fifth Avenue’s Key to the Cure event.

Julia Louis-Dreyfus was the ambassador of the evening, which raises money for a cancer foundation of the host’s choosing. Louis-Dreyfus, who herself was diagnosed with breast cancer in September 2017, designated the Airs Foundation — a nonprofit that works in tandem with physicians to offer breast reconstructive surgery to women who have had mastectomies and might not otherwise be able to afford it.

Louis-Dreyfus helped pick a T-shirt, designed by Wes Gordon at Carolina Herrera, that tall, lithe models wore with wide belts and ballskirts at the entrance of the cocktail party. One-hundred percent of the proceeds from sales of the shirt will go straight to the Airs foundation.

“It’s hugely meaningful to that organization alone that they’re going to be the recipient of these funds, which are gonna be large,” Louis-Dreyfus added.

As far as work goes, Louis-Dreyfus’ run as Selina Meyer on “Veep” is coming to a close, with the beloved television show seeing its last season this year.

Her plans for afterward?

Meanwhile, guests circled the room, which was most heavily populated in two places: the bar and the step and repeat. Saks president Marc Metrick posed for pictures with his department store brethren fashion director Roopal Patel and chief merchant Tracy Margolies. A gang of models including Yada Villaret, Bregje Heinen and Megan Williams, drank Champagne. Designer Wes Gordon and comedian Scott Adsit were also in attendance.

In (Roving) Conversation With the ‘Mid90s’ Kids